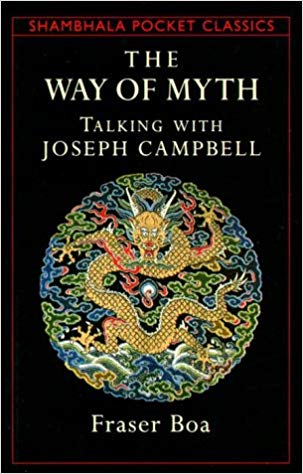 The Way of Myth: Talking with Joseph Campbell

By Fraser Boa | Collaboration with Campbell

This book was a repackaging of the documentary film This Business of the Gods, created out of a series of interviews on the work of Jungian psychiatrist Marie von Franz that Fraser Boa held with Joseph Campbell in the final years of his life. Fraser released the film — now entirely focussed on Campbell himself — without permission and against Campbell’s strenuous objections. After Fraser’s own death, his estate attempted to take advantage of Campbell’s posthumous fame by publishing — again, without permission — the transcripts of the film in book form, first as This Business of the Gods and then as The Way of Myth. Joseph Campbell Foundation has released extended sections of Campbell himself from the film on our YouTube channel.

An engaging introduction to the world of Joseph Campbell through conversations on the meaning and power of myth, recorded shortly before Campbell’s death in 1987. This beautiful miniature edition covers a wide range of topics, such as the differences between Eastern and Western beliefs about God and nature and what myth teaches us about the stages of life.