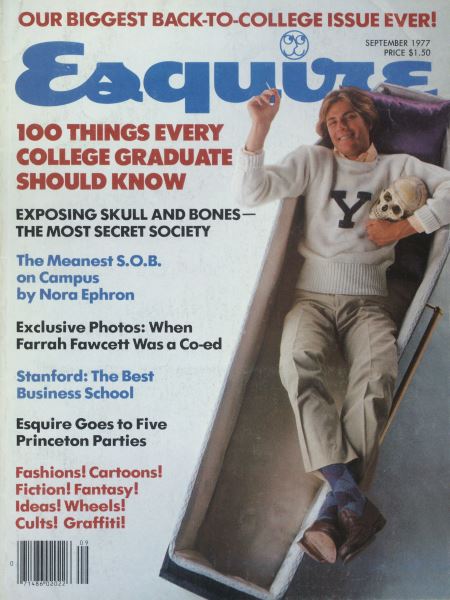 The Professor With a Thousand Faces

Today is William Shakespeare’s birthday. Joseph Campbell is on Bali, well aware that April 23 is a big day for mythmakers. Today is also Nabokov’s birthday and the day of Cervantes’ death. It is St. George’s Day, when dragons are slain. I am on Cape Cod reading Joseph Campbell, whom you probably know as the author of The Hero with a Thousand Faces (1949) and the book he wrote with Henry Morton Robinson, A Skeleton Key to “Finnegans Wake” (1944). You are not aware that I am writing this myth about The Hero and am creating a future event in your Now. Life is a dream. 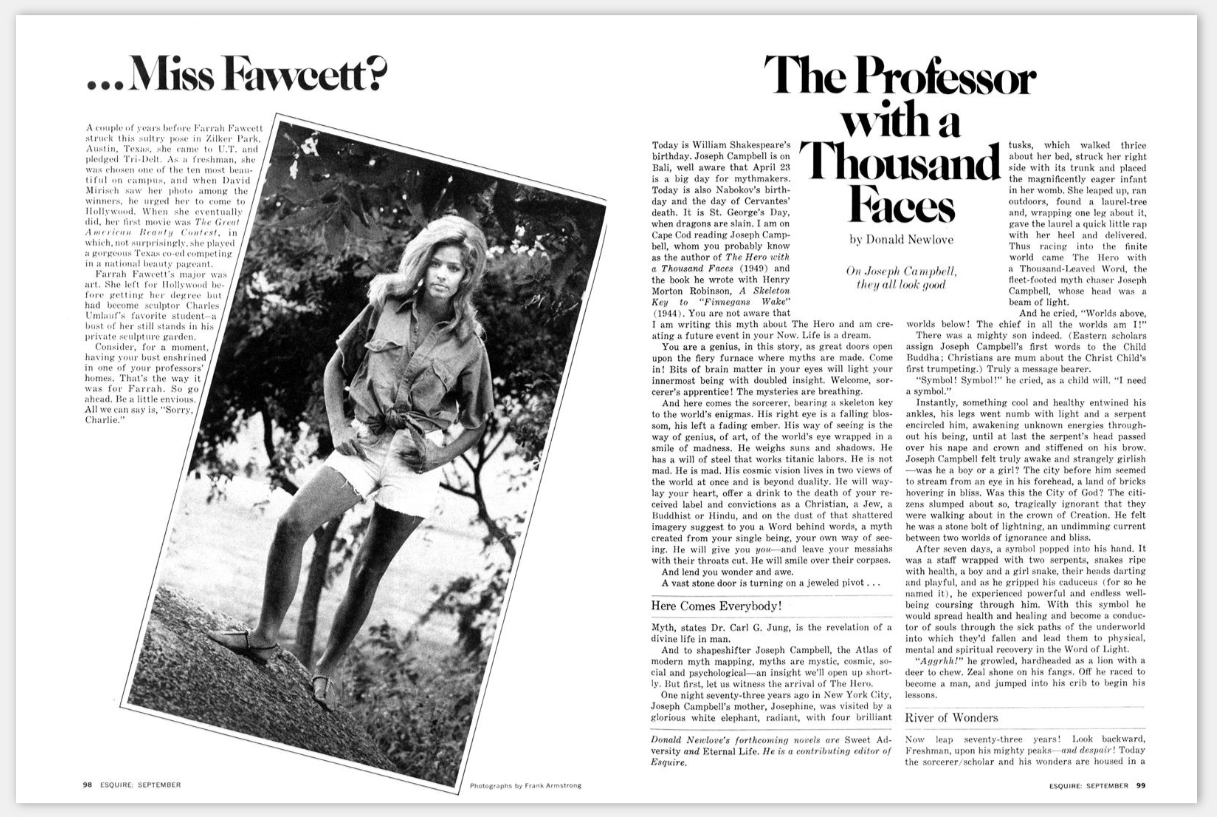 You are a genius, in this story, as great doors open upon the fiery furnace where myths are made. Come in! Bits of brain matter in your eyes will light your innermost being with doubled insight. Welcome, sorcerer’s apprentice! The mysteries are breathing.

And here comes the sorcerer, bearing a skeleton key to the world’s enigmas. His right eye is a falling blossom, his left a fading ember. His way of seeing is the way of genius, of art, of the world’s eye wrapped in a smile of madness. He weighs suns and shadows. He has a will of steel that works titanic labors. He is not mad. He is mad. His cosmic vision lives in two views of the world at once and is beyond duality. He will waylay your heart, offer a drink to the death of your received label and convictions as a Christian, a Jew, a Buddhist or Hindu, and on the dust of that shattered imagery suggest to you a Word behind words, a myth created from your single being, your own way of seeing. He will give you you—and leave your messiahs with their throats cut. He will smile over their corpses.

And lend you wonder and awe.

A vast stone door is turning on a jeweled pivot. . .

Myth, states Dr. Carl G. Jung, is the revelation of a divine life in man.

And to shapeshifter Joseph Campbell, the Atlas of modern myth mapping, myths are mystic, cosmic, social and psychological—an insight we’ll open up shortly. But first, let us witness the arrival of The Hero.

One night seventy-three years ago in New York City, Joseph Campbell’s mother, Josephine, was visited by a glorious white elephant, radiant, with four brilliant tusks, which walked thrice about her bed, struck her right side with its trunk and placed the magnificently eager infant in her womb. She leaped up, ran outdoors, found a laurel-tree and, wrapping one leg about it, gave the laurel a quick little rap with her heel and delivered. Thus racing into the finite world came The Hero with a Thousand-Leaved Word, the fleet-footed myth chaser Joseph Campbell, whose head was a beam of light.

And he cried, “Worlds above, worlds below! The chief in all the worlds am I!”

There was a mighty son indeed. (Eastern scholars assign Joseph Campbell’s first words to the Child Buddha; Christians are mum about the Christ Child’s first trumpeting.) Truly a message bearer.

Instantly, something cool and healthy entwined his ankles, his legs went numb with light and a serpent encircled him, awakening unknown energies throughout his being, until at last the serpent’s head passed over his nape and crown and stiffened on his brow. Joseph Campbell felt truly awake and strangely girlish—was he a boy or a girl? The city before him seemed to stream from an eye in his forehead, a land of bricks hovering in bliss. Was this the City of God? The citizens slumped about so, tragically ignorant that they were walking about in the crown of Creation. He felt he was a stone bolt of lightning, an undimming current between two worlds of ignorance and bliss.

Read the full article in Esquire