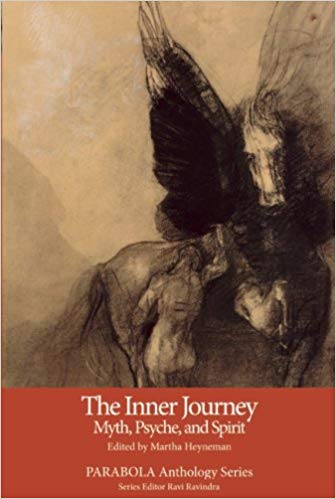 Published since 1976 by the prestigious Society for the Study of Myth and Tradition, Parabola has become the preeminent magazine devoted to the myths, rituals, and art of the world’s religious and cultural traditions. Its contributors have included such renowned writers as the Dalai Lama, Madeleine L’Engle, Thich Nhat Hanh, N. Scott Momaday, and many others. This rich collection of essays, stories, and meditations is culled from Parabola’s entire history and unfolds for readers the majesty of the human task. From the opening chapter that asks “What Is Myth?” to the last exploring “The Marriage of Heaven and Earth,” readers are accompanied by the leading voices of the last and present centuries. They include such luminaries as P. L. Travers, A. K. Coomaraswamy, Carl Jung, Joseph Campbell and many more, speaking in lucid, loving prose about what is eternal and immortal in all times.

Campbell’s contribution is an excerpt from the essay “Symbol without Meaning,” which was published as part of The Flight of the Wild Gander: Explorations in the Mythological Dimension.