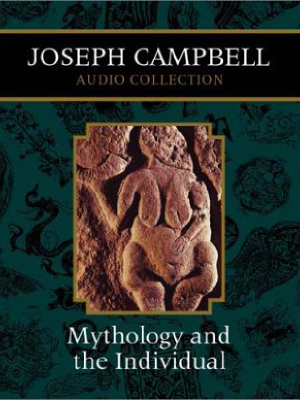 Mythology and the Individual

From the Star Wars saga to the lyrics of the Grateful Dead, Joseph Campbell has had a profound impact on our global culture, our beliefs, and the way we view ourselves and the world. These early lectures are the recordings Campbell kept in his study and used as the basis for later lectures on myth, symbolism, the psyche, and spiritual awakening. Provocative and exhilarating, full of wit and wisdom, they are the windows into one of the greatest minds of our time.

Portions of this collection are available in print as chapters in Myths to Live By and Pathways to Bliss.

“In the human heart and in the human mind–no matter what the race, the culture, the language, the tradition–there is at least the sense of a mystery, and an awesome and a very terrifying mystery inhabiting the whole universe: the very mystery of being itself.” ~Joseph Campbell

Evidence from early shrines and cave art suggests that more than 100,000 years ago human beings were aware of a mystery reaching far beyond themselves. During the past few centuries, investigations into early mythologies and the religions that followed have revealed certain basic motifs and recurring themes. In this talk Joseph Campbell shows how these ancient myths and symbols celebrate the mysteries of life and sustain humankind to the present day.

The Individual in Oriental Mythology

“In the wonderful Inferno of Dante, as he wandered through these hell pits, he recognized all of his friends. In the Greek world, when the heroes go to the underworld, they recognize their friends, However, in the Oriental hells and heavens–whether of the Buddhist, or the Hindu, or the Jain type–you do not recognize anybody. They are not the same person they were on earth…. This is a continuing theme in the farther Orient; you are not this body, you are not this ego, you are to think of this as something merely put on to be thrown away again.” ~Joseph Campbell

In Western mythologies, the individual personality is a permanent entity, surviving as a distinct and definable self even in the afterworld. In Oriental mythologies, there is no enduring personality, but rather a “reincarnating monad,” an entity which goes through a series of bodies, putting them on and taking them off as if they were clothes. In this lecture, Joseph Campbell illuminates this fundamental difference between Eastern and Western beliefs and explores the way in which these ideas influence us today.

Symbolism and the Individual

“These two systems of ideal–one teaching the beauty and majesty of the religious submission before God, the other the heroism of the humanistic insistence of the values of man–are in collision, and distinctly so in the Christian tradition, I would say, more than in any others…. Christ is God, who has come down to do this, and we are not God. In the Indian story that I spoke of earlier, all of us are that being. The divine power is immanent in us all, and what the god incarnate represents is our own very being.” ~Joseph Campbell

Two systems of ideals–one teaching the beauty and majesty of submission to God, the other emphasizing the values of heroism and humankind–have long been at odds, especially in the Christian tradition. In this lecture, Joseph Campbell explores the concepts of Christ both as a Promethean figure and a Job figure–bringing the fire of redemption, suffering for our sins–and describes the crucifix as a synthesizing symbol, a sign of divinity and humanity alike.

“The old texts comfort us with horizons, they tell us that a loving, a kind, a just father is out there. But according to the scientific view, nobody knows what is out there, or if there is any “out there” at all. There is just a display of things that our senses bring to us…. What lies beyond is a mystery so great that it is going to be inexhaustible in its revelations, and man has to be great enough to receive it.” ~Joseph Campbell

With the coming of scientific revolution, the notion of “truth” was replaced by a tireless quest for knowledge. Humankind saw the protective horizon of the universe disappear, replaced by ever-changing hypotheses and indistinct horizons. In this two-part lecture, Joseph Campbell considers how science has challenged human beliefs, the perceptions of the individual, and the meanings of mythology, and then explores the impact of science on the “adventurous enterprise of today.”

The Vitality of Myth

“Myths are public dreams; dreams are private myths. By finding your own dream and following it through, it will lead you to the myth-world in which you live. But just as in dream, the subject and object, though they seem to be separate, are really the same.” ~Joseph Campbell

Dreams–the intimate noise of our existence–are the place where two levels of consciousness meet: the consciousness we witness, and the consciousness of our inner being. Dreams can lead us to an awareness of the divinity within us. In this lecture, Joseph Campbell explores the significance of dreams and their relationship to myths, how certain Western beliefs have translated myths into “waking consciousness” symbols, and why Eastern teachers have proved so attractive to Westerners. He then goes on to explain how yoga can give us access to “deep sleep awake” and the visions and awareness that await us there. 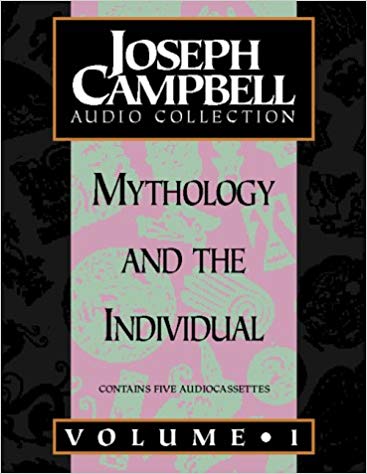