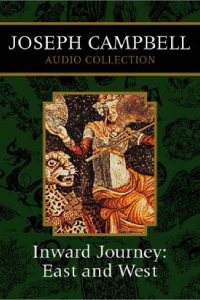 From the Star Wars trilogy to the lyrics of the Grateful Dead, Joseph Campbell has had a profound impact on our culture, our beliefs, and the way we view ourselves and the world. Provocative and exhilarating, full of wit and wisdom, these lectures are windows into one of the great minds of our time. 5 lectures.

The Thresholds of Mythology In this talk, Joseph Campbell discusses the four essential functions of a viable mythology. He then turns his attention to the fundamental difference between those mythologies that affirm existence and those that reject it. With this review, he provides not only a basis for a philosophy of mythology, but also a metaphor for the crucial decision each individual must make as well– namely, whether to be reconciled with, or to withdraw from, life in all of its terrible glory.

The Inward Journey In the imagery of the schizophrenic’s experience, Joseph Campbell recognized a synthesis of mythological motifs similar to Jung’s archetypes. In this talk, he recounts Dr. John Weir Perry’s analysis of an individual’s descent into madness: the break away or departure from everyday reality, a retreat inward with dark encounters of a symbolic kind, and finally–in the most fortunate cases–a return journey of rebirth and renewal. He then follows the uncanny parallels between these stages and the “universal formula” of the hero’s journey gathered from mythologies of cultures around the world, and reveals how the phases of the schizophrenic’s crisis correspond to the separation, initiation, and the return of the shaman’s experience durining his voyage into other worlds. In later years, Campbell would learn that filmmakers George Lucas and Stanley Kubrick modeled their own work on his monomyth, which reflects the ancient three-act structure of drama itself.

Confrontation of East and West in Religion In 1970, when Joseph Campbell delivered this talk, the collision of the East and West was one of Campbell’s favorite topics. He saw that the West was deeply mired in disenchantment with traditional religious thinking, and the time was ripe for the cross-fertilization of Eastern and Western cultures. In his introduction, he presents an illuminating analogy to our present situation in the strange plight of the Plains Indian tribes near the end of the nineteenth century, when they realized the old ways were disappearing with the buffalo, and that their old wisdom was no longer effective. For Campbell, the Indian’s response was a vivid metaphor for what the modern people must do. Their adoption of the peyote religion encouraged inward visionary experiences and was an example of how a people can find the sacred in themselves even when it has been lost in their society.

Imagery of Rebirth Yoga In this talk, Joseph Campbell contrasts his earlier comments on the disintegration of man’s modern religious practices with what he calls “symbolic systems of rebirth in time.” For Campbell, the most fascinating systems are “myths to live by,” beliefs and practices to help individuals with the frustrations in life that come from not living our “true self.” The goal of the ancient discipline of yoga was important to him because it emphasizes the discovery and experience of the true self. The heart of this lecture is an explanation of the chakras in the body and the meditation techniques that connect daily consciousness to the eternal self, which has been symbolized for thousands of years by the roar of a lion! Through the practice of rousing the kundalini energy of the serpent coiled up at the base of the spine, it’s belived one might go to “the place beyond dream.” Campbell was personally intrigued by this “place” because, as he said many times, it is the same generating place of myths. As he was fond of saying, “myth is a public dream, and dream is a private myth.”

The World Soul In this talk, Joseph Campbell discusses the links between the ancient Hindu practice of Yoga and the modern depth psychology. He then reviews the seven chakras or energy centers of kundalini yoga, and describes how in yoga one may raise the energies up the spine from the first to the seventh chakra by activating the serpent, as it is called, and if this is accomplished, the veil of Maya is raised, and the world of illusions becomes transparent.

Portions of this collection are available in print as chapters in Myths to Live By and Myths of Light: Eastern Metaphors of the Eternal. 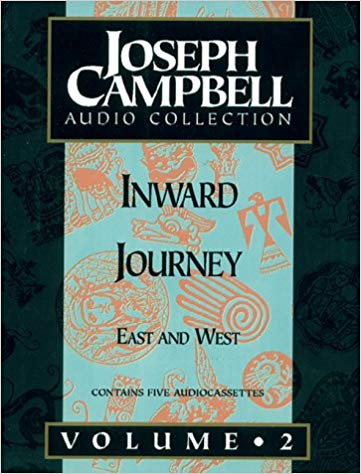