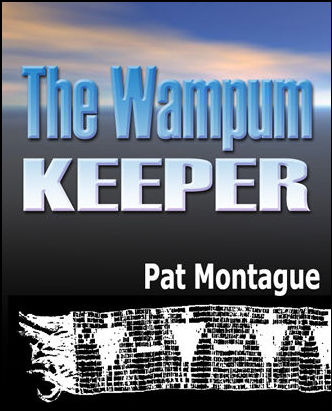 The Wampum Keeper is an historical novel set in 1651 in the Niagara region of present-day Ontario and New York State. It chronicles the fortunes of a Chonnonton wampum keeper and his family when an Iroquois League army attacks their town. The French Jesuits’ ill-fated mission to the Hurons is a central focus of the story.

“The Wampum Keeper” is a highly structured fictional account of life among the Deer People during the mid 1600s. The author Pat Montague reveals an in-depth anthropological review of the Native Americans’ world view.

Emphasis is placed on rites of ritual cannibalism designed to appease and support the sun god, which in turn empowered the high chief.

This concept of devouring a victim as a religious act carries over into an evaluation of the Christian communion with an analysis of the Roman Catholic Eucharist presented as a type of “eating” of the divine person by the worshipers.

Perceptions of and influence by the Jesuit priest among the Deer people during that period is a major subplot.