Three Contributions to the Theory of Sex 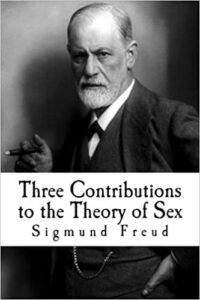 Three Contributions to the Theory of Sex, is a 1905 work by Sigmund Freud which advanced his theory of sexuality, in particular its relation to childhood. Freud sought to link to his theory of the unconscious put forward in The Interpretation of Dreams (1899) and his work on hysteria by positing sexuality as the driving force of both neuroses (through repression) and perversion. In its final version, the “Three Essays” also included the concepts of penis envy, castration anxiety, and the Oedipus complex.