The Artemis Archetype in Popular Culture 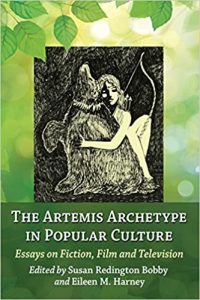 Many female figures in recent fiction, film, and television embody the Artemis archetype, modeled on the Greco-Roman goddess of the hunt. These characters are often identified as heroines and recognized as powerful and progressive pop icons. Some fit the image of the tough, resourceful female in a science fiction or fantasy setting, while others are more relatable, inhabiting a possible future, a recent past, or a very real present. Examining both iconic and lesser-known works, this collection of new essays analyzes the independent and capable female figure as an ideal representation of women in popular culture.