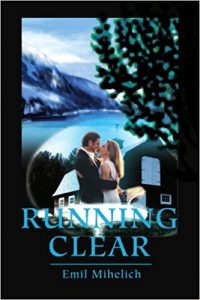 It’s late January, 1967 and Ron Petrich of Tacoma, Washington, 22 years old and a mid-year graduate of Seattle University, has accepted an English teaching position at Lebanon Union High School in Lebanon, Oregon. Such a nondescript, Willamette Valley lumber and farming community may appear to be an unlikely spot for adventure, but times are changing.Ron, therefore, must confront the social, political, and religious chaos that characterizes the late 1960s-regardless of the location. The adventure of Love and Obedience that follows recalls that experienced by Huckleberry Finn and even by Adam and Eve in the Garden of Eden.

I feel rather foolish nominating my own books, but I wouldn’t take this step if I didn’t believe in them. In Joseph Campbell I found an ally for my own independent thoughts and conclusions that have resulted from a lifetime, so far, of search and discovery. The books I am nominating, in my role as associate, qualify as expressions of what Mr. Campbell identifies as “creative mythology,” and they are built squarely on the foundation supplied by the conflict between authority and experience — also clearly reflected in the Garden of Eden story — he discussed in his volume of “Creative Mythology” from ‘The Masks of God.’ My books definitely expand on ideas associated with his work, and I am convinced that, at the very least, Mr. Campbell would be pleased with my efforts to illuminate the path of individual responsibility — the path of the Hero, the path of “individuation” — in an era that has witnessed the waning of the power and influence of institutional authority. I hope I am not out of line in nominating my own books, but if they don’t belong in Mr. Campbell’s category of “creative mythology,” they don’t belong anywhere. I would welcome the opportunity to discuss them with any interested Joseph Campbell Associates. -Emil Mihelich