Radio Documentary: The Hero’s Journey: A Guide To Life? 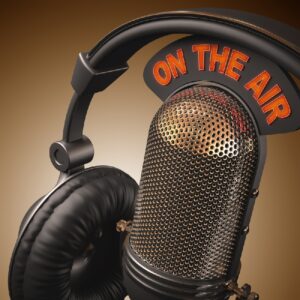 The Hero’s Journey: A Guide To Life? is a radio documentary (created for the Community Radio Network Australia, and available through the Soundcloud station Rosearth) produced by Teeya Blatt, Australian psychologist, and Ros Elliot, sound producer. It takes the listener through the steps of Joseph Campbell’s Hero’s Journey as it tells the story of Maria, a woman who leaves a comfortable but unfulfilling life in Canada to explore a new world in Australia.

Her promising journey soon takes a turn into the underworld when Maria struggles through rupturing relationships and false promises, facing a wasteland deeper than she had ever known. After years of treacherous trials and fighting personal dragons, Maria resurrects heroically and brings a simple but significant boon into the world.

Upon being interviewed, Teeya Blatt told the JCF about the process behind the project and how she met Ros Elliot in a local community radio station in Australia. From there, she explained, the collaboration blossomed into this documentary, which is now hoped to increase awareness about Joseph Campbell and the Hero’s Journey in Australia.

Blatt recalls her “love affair” with Campbell’s work began with the PBS series, The Power of Myth. Diving head first into Campbell’s books, she was struck by how much his work could influence her in such a personal level. “It was like a compass, an orientation to my life”, she tells. It was only fitting that Teeya would get in touch with Robert Walter, executive director and board president of the Joseph Campbell Foundation, and interview him for the piece.

The documentary also includes an interview with Keiron le Grice, author of the book Rebirth of the Hero (2013).

Teeya had previously developed and implemented the From Heroes Into Men workshop, a boy-to-manhood program based on The Hero’s Journey, which uses Campbell’s teaching on rituals and passage rites to help young men through important transitions. The program was originally created for Teeya’s son, Sahaj, Tjumpa Tjimpa from the Barangumm Warrawa Waanyi people. It has now expanded into a very practical program, flexible and available to peer groups everywhere.

Finally, for anyone experiencing a difficult journey like Maria’s, Teeya offers some encouraging words:

Maria’s story is a prime example that no matter how dark a a journey can get, and it can get very dark, there is light and joy and vibrancy at the end.

You can find the radio documentary on Soundcloud, along with Teeya’s other storytelling tracks. Teeya also has excerpts from her storytelling radio show, which themes followed The Hero’s Journey, available at The Heart of the Story Soundcloud channel.

Nina Borghi is a Brazilian writer and director, currently living in Los Angeles. Since 2017, Nina has been working as an intern for the Joseph Campbell Foundation, contributing with various articles and interviews; learning as much as possible as she goes.