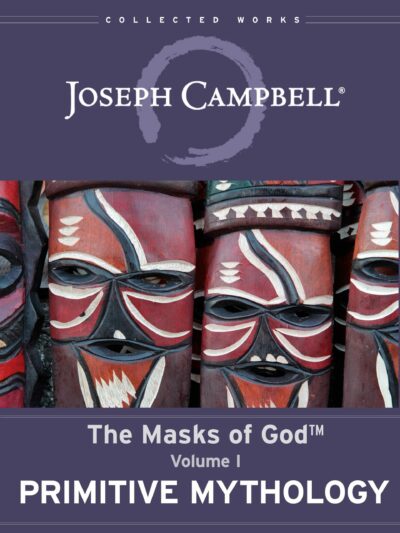 Explore the power of myth as humanity first discovered it

This new digital edition is part of the Collected Works of Joseph Campbell series. Joseph Campbell Foundation has worked with scientists and academics to bring the anthropological information Campbell explores in line with the best twenty-first century scholarship.

“[T]he mask in a primitive festival is revered and experienced as a veritable apparition of the mythical being that it represents — even though everyone knows that a man made the mask and that a man is wearing it. The one wearing it, furthermore, is identified with the god during the time of the ritual of which the mask is a part. He does not merely represent the god; he is the god.”— Joseph Campbell, Primitive Mythology