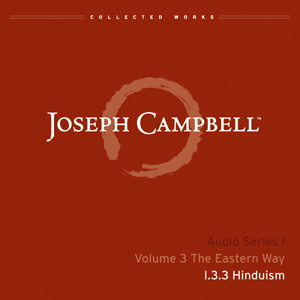 In traditional Hinduism, each caste has its own laws, its own morality, its own place in the society, and the individual is given so many laws to attend to that his whole life is spent doing what he aught do and he never has a moment to think, What would I like to do? The function of these laws is to bind the individual to the group absolutely so that he is not what we would call an individual.— Joseph Campbell

Joseph Campbell explores the rich cultural tradition of Hinduism, its basis as a tribal religion, and way in which its myths, laws and rituals shape the lives of its adherents. He speaks at length about the caste system and the structure that it gave traditional Indian life, as well as the idea of dharma (duty or virtue) as the driving ideal. He speaks too of the traditional āśramas or stages of a pious Hindu life, as one seeks to become the perfect manifestation of one’s dharma, first within the society and then outside of the culture’s boundaries in the forest.