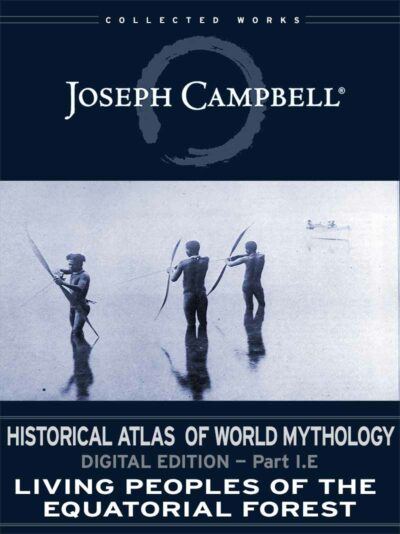 Explore the primal myths of the tropical world

The contrast of the two worlds and of the ways of life and thought of these Pygmies and the Bushmen could hardly be more extreme. Ethnologically, both are classified as hunters and gatherers. They are the true “primitives” of Africa, surviving from Old Stone Age times in the ways of their fathers and grandfathers. However, one is of the sunburnt plains, the other of the deep forest. The Bushman, dependent utterly on the miracle of rain and on the killing of animals for his life, is dominated by an enduring sense of the tension of opposites — hunter and hunted, drought and rain, female and male, life and death; whereas the forest-dwelling Pygmies, at home in a rain-soaked jungle rich in roots, leafage, and fruits, are sustained substantially by the vegetal abundance, into which they enter with a sense of accord, and of which the animals are a natural part. — Joseph Campbell

In this next installment in the release of the Historical Atlas of World Mythology — Digital Edition, Joseph Campbell explores the mythologies and cultures of the hunting-gathering tribes of the equatorial rain forests. Focussing on the particular myths and rituals of tribes from Central Africa, the Indian Ocean and the Pacific, the eminent mythologist looks at the ways in which these tribes’ myths are similar, the ways in which they are distinct, and what that tells us about the tribes themselves and the jungle environment in which they live.

Joseph Campbell’s multivolume Historical Atlas of World Mythology, his magnum opus, marked the culmination of his brilliant career as scholar, writer, teacher, and one of the foremost interpreters of our most sacred traditions.

Campbell described his work as an attempt to tell humankind’s “One Great Story” — our saga of spiritual awakening and the subsequent development of the many different mythological perspectives that have shaped us throughout time. His central theme is that our seemingly disparate spiritual traditions are neither discrete nor unique, but rather each is simply an “ethnic manifestation” of one or another of those “elemental ideals” that have forever transfixed the human psyche.