Foreword to The Portable Jung (Esingle) 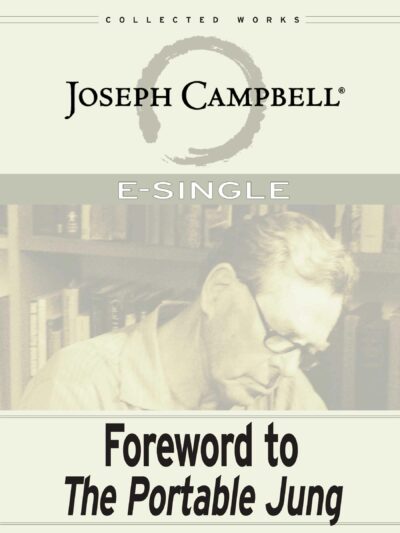 Foreword to The Portable Jung (Esingle)

Joseph Campbell said numerous times that he wasn’t a Jungian — by which he meant that he was never a direct student of C.G. Jung’s (though the two did correspond), nor a patient, nor an analyst, and that his views and Jung’s were not always in accord. Nevertheless, it’s almost impossible to overstate the influence that Jung’s work had in shaping Cambpell’s thoughts about the universal, archetypal sources of myth. The JCF archives include numerous recordings made at various Jungian organizations over the last thirty years of his life, which implies that as much as Campbell himself drew inspiration from the Swiss psychiatrist’s work, his students found inspiration in Campbell.

It isn’t surprising, then, that in 1971, when Campbell’s publishers (Viking) were looking for an editor to compile The Portable Jung, they turned to Campbell himself.

The book that he edited is a wonderful, thorough introduction to Jung’s work, which, with the biographical foreword provided by Campbell, gave a broad overview of Jung’s fascinating life’s work. It was meant to serve as a skeleton key, if you will, to the Collected Works of C.G. Jung, a seminal complendium that was one of the cornerstones of the Bollingen Collection (which included a number of titles by Campbell himself, including The Hero with a Thousand Faces and The Mythic Image).