This is the central verse of Earthseed, a religion promoted by the teenage protagonist of Octavia E. Butler’s 1993 novel Parable of the Sower. Lauren Oya Olamina claims she hasn’t invented Earthseed, but discovered it; whether or not people choose to believe in it is their own business. “Consider: Whether you’re a human being, an insect, a microbe, or a stone, this verse is true.”

It’s hard to think of a concept more slippery, more contentious or more fraught, than that of truth. The United States has reached a level of polarization around concrete concepts in science and human rights that’s hard to wrap one’s head around. A prolonged pandemic keeps us separated from our flesh-and-blood communities and kettles us into online spaces that, by design, make it easier to craft our own reality. Our immediate communities become more abstract, more rooted in ideology than mutual support and human interaction—precisely the opposite of what we need in a country of increasing violence, disinformation, and extremism.

Anyone who picks up Butler’s science fiction novels today will see a world reflected that is far too close for comfort, from the rising prices of basic necessities to the election of a Christofascist president who claims he will “make America great again.” I can’t emphasize enough: Butler wrote these words in Parable of the Talents in 1998. 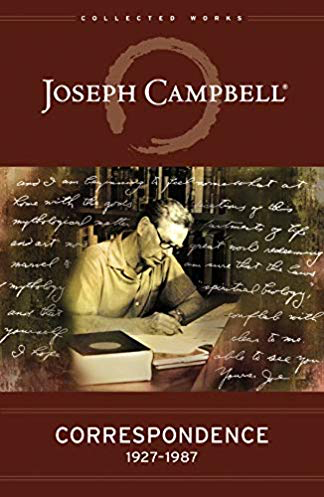 “Post-truth” was Oxford Dictionary’s Word of the Year in 2016, a year many Americans may recall feeling especially unmoored. It was, as Butler’s novels illustrate, anticipated, like an especially large chunk of ice finally sliding off a glacier; the latest schism in an ongoing series. Debate over the simplest facts—especially now, in the internet non-places that run hot and eat fury for fuel—has long been an earmark of extremist groups who benefit from rejecting our shared reality, indoctrinating and isolating their community members to create a psychological chasm that makes it near impossible to leave, let alone reintegrate into reality. And with our world in turmoil, it’s very tempting to choose fury, denial, and blame over grief, acceptance, and adaptation.

The problem is that facts, as well as universal, capital-T Truths, bind every single one of us and our actions together whether we believe in them or not. That is not only a beautiful feature of the collective human experience, but a vital piece of our continued survival.

Joseph Campbell waxes poetic about this inevitable system of interdependence in a letter to his friend, biologist Ed Ricketts, in 1941. He’s here referencing Ricketts’s book Sea of Cortez, which was co-authored by their mutual friend John Steinbeck:

These little intertidal societies and the great human societies are manifestations of common principles; more than that: we understand that the little and the great societies are themselves units in a sublime, all-inclusive organism, which breathes and goes on, in dream-like half-consciousness of its own life-processes, oxidizing its own substance yet sustaining its wonderful form.

Truth is a living organism the way Earthseed’s god is Change: the only constant in our lives is that the sands will shift. In general, this is objectively terrifying. Change is dirty work; certainty is easier, settled—and deadly.

The communities that hide from our shared experience are a shame, and I prefer to focus on the communities that lean into the work. Much like Campbell’s oft quoted, rarely understood “follow your bliss,” there’s a misleading idea that a positive, effective, coherent, and sustaining community is idealistic. But if God is Change, a functioning community looks less like a land of lotus eaters and more like a system of mutual care, where members face even the most hideous truths with organized collective action.

Campbell admired the Stoic philosopher and Roman emperor Marcus Aurelius, and it’s not difficult to see why. His concept of bliss is much the same as Campbell’s: not unfettered joy, but finding and celebrating your place in the great web of humanity:

At dawn, when you have trouble getting out of bed, tell yourself: “I have to go to work — as a human being. What do I have to complain of, if I’m going to do what I was born for — the things I was brought into the world to do? Or is this what I was created for? To huddle under the blankets and stay warm?”

So you were born to feel “nice”? Instead of doing things and experiencing them? Don’t you see the plants, the birds, the ants and spiders and bees going about their individual tasks, putting the world in order, as best they can? And you’re not willing to do your job as a human being? Why aren’t you running to do what your nature demands?

You don’t love yourself enough. Or you’d love your nature too, and what it demands of you.

Butler’s young protagonist found comfort in her Earthseed verses. Accepting that change is the only constant, we find ourselves much more likely to help our neighbors and remain close to the people we love, making our community a many-celled organism more likely to survive. Olamina writes,

Civilization is to groups what intelligence is to individuals. It is a means of combining the intelligence of many to achieve ongoing group adaptation. Civilization, like intelligence, may serve well, serve adequately, or fail to serve its adaptive function. When civilization fails to serve, it must disintegrate unless it is acted upon by unifying internal or external forces.

During the periods of our lives that feel the most unjust, the most bleak, the times when we feel voiceless, is when we need our community most. Olamina’s Earthseed went from the notebooks of a teenage refugee to printed source materials for a global religion over the course of two novels (as well as a third, Parable of the Trickster, unfinished at the time of Butler’s death in 2006).

What we’ve learned in the past few years is the necessity of operating in a shared reality. We must pay attention to the God-as-Change, even though the truth might pain us. We must listen to this god, respond to its whims as well as we can, become resilient—not so that this god will care for us, but so we can better care for one another. 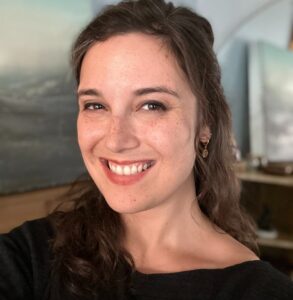 Gabrielle Basha is a writer, illustrator, and educator based in Cambridge, Massachusetts. She is a working associate for the Joseph Campbell Foundation and a member of the executive communications team at the Wikimedia Foundation. In addition to an informal yet life-long study of where pop culture meets folklore, Gabrielle holds a BFA in art history and illustration and an MFA in creative writing, both from Lesley University. 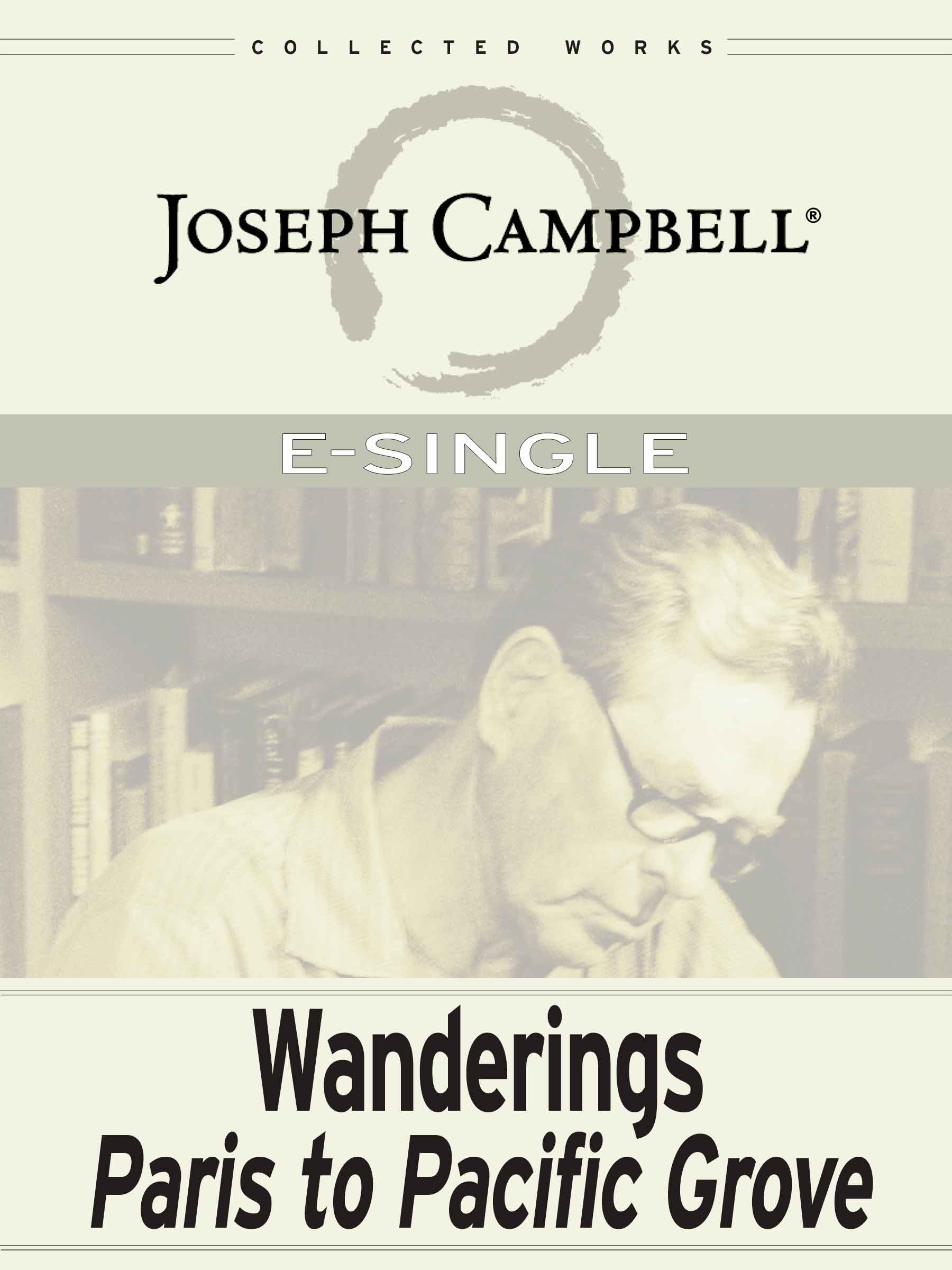 The opening section of the exciting collection of Joseph Campbell’s selected letters, Correspondence: 1927—1987, this fascinating follows the fledgling scholar from his early, exciting days as a graduate student in 1920s Paris to his life-changing stay working on the California coast and beyond. Through his correspondence with two of his closest friends, artist Angela Gregory and scientist Eddie Ricketts (the model for “Doc” in John Steinbeck’s Cannery Row), these letters show Joseph Campbell’s evolution as a unique student of a field that bridges both science and art, the new field of comparative mythology. They also show a glimpse of some of the amazing characters Campbell was fortunate to rub shoulders with, from sculptor Antoine Bourdelle and philosopher Jiddu Krishnamurti to author John Steinbeck and composer John Cage.

The majestic liturgical calendar of Islam gave us the Hajj two weeks ago and now indicates the First of Muḥarram (first month of the Islamic year 1444), when Mohammed’s followers migrated (Hijra) from Mecca to Medina and established the first Islamic community in 622 BCE.

These little intertidal societies and the great human societies are manifestations of common principles; more than that: we understand that the little and the great societies are themselves units in a sublime, all-inclusive organism, which breathes and goes on, in dream-like half-consciousness of its own life-processes, oxidizing its own substance yet sustaining its wonderful form. 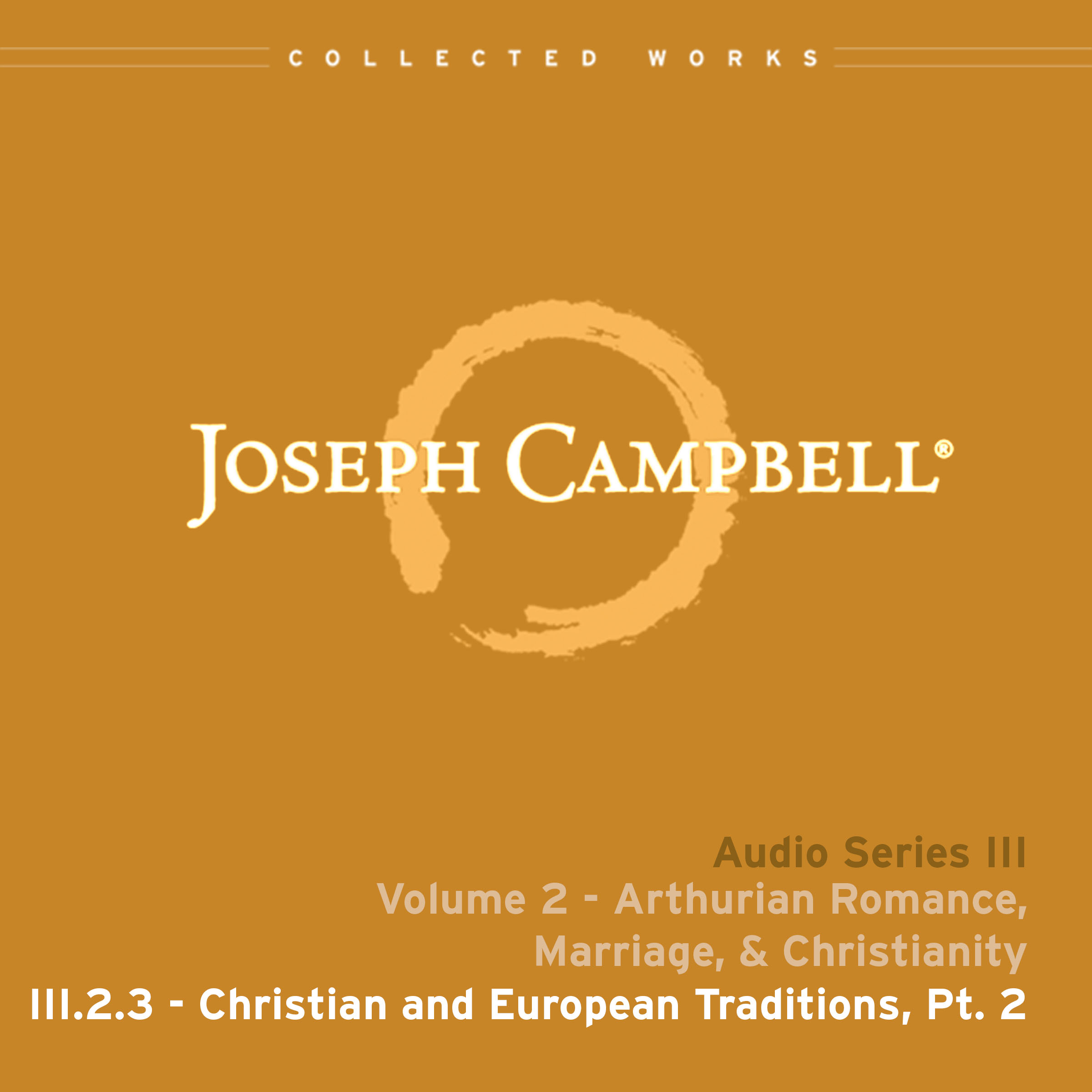 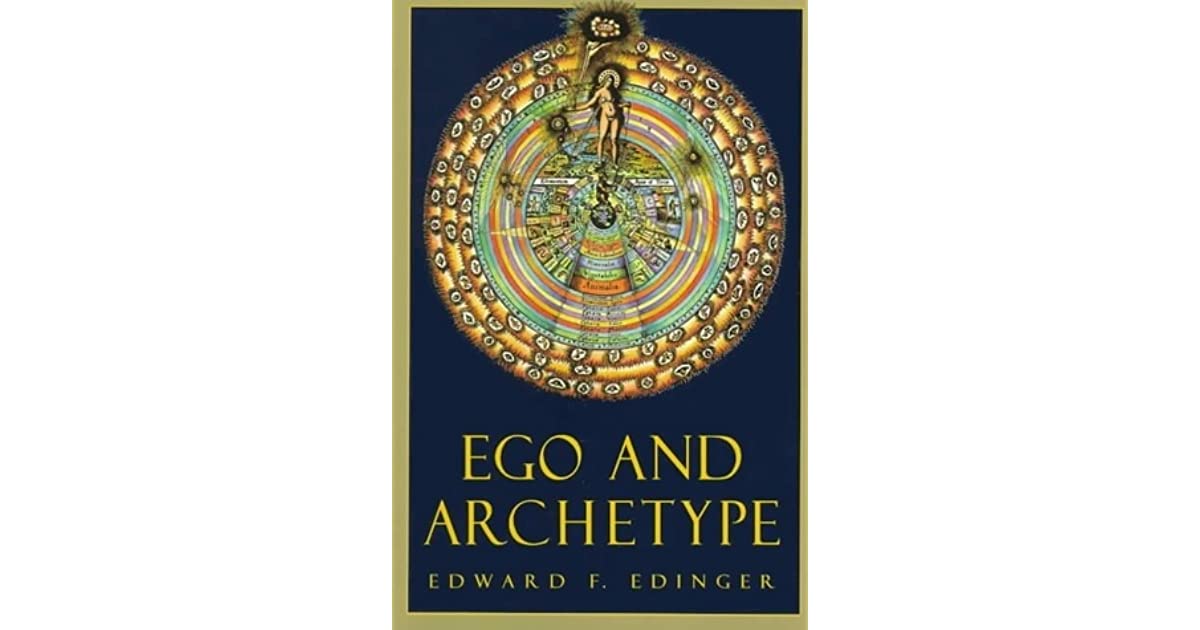 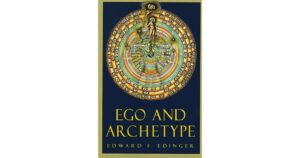 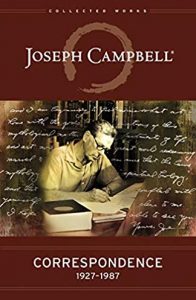 This brand-new collection of letters features illuminating conversations between Joseph Campbell and a fascinating cast of correspondents, ranging from friends and cowriters to renegade scholars and fellow visionaries. Including letters from both Campbell and his correspondents, and spanning the course of his entire adult life (1927–1987), the collection demonstrates the lasting influence of Campbell’s work, which inspired creative endeavors and radical shifts in so many people’s lives. Included are exchanges with artists such as Angela Gregory and Gary Snyder; colleagues including Alan Watts, Ananda K. Coomaraswamy, and Maud Oakes; editors of his books, from The Hero with a Thousand Faces to The Mythic Image; and many others who engaged with Campbell in his exploration of humanity’s “one great story.” 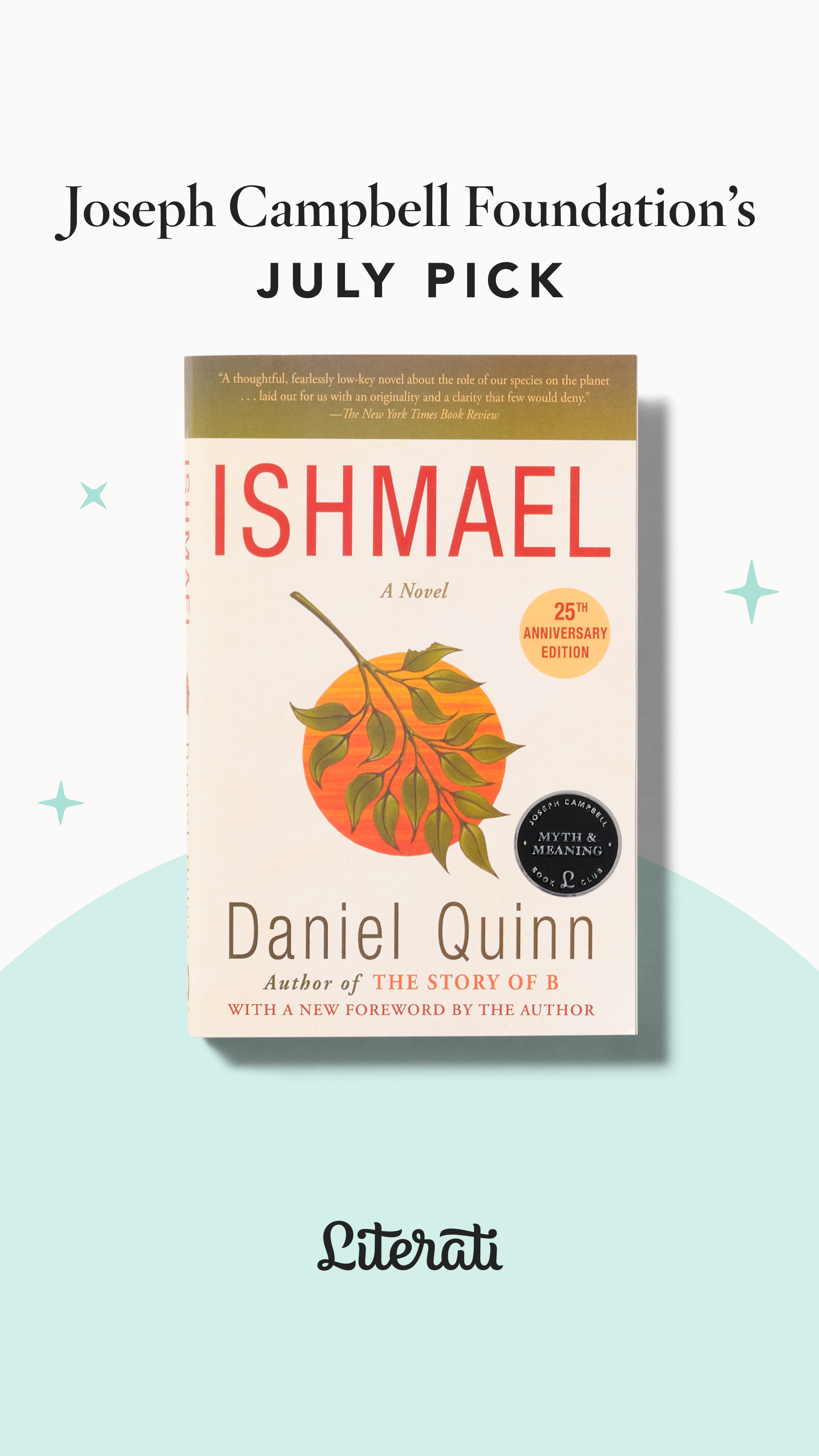 “The pupil and the teacher. A relationship as old as time. In Daniel Quinn’s 1992 novel Ishmael, we, and our narrator, become curious pupils to the lessons of our unconventional teacher, Ishmael. Ishmael examines the mythology of “Mother Culture,” a global framework so omnipresent that many of us never recognize it. A world in which there are Takers and Leavers and how the way they live and the stories they tell have led us to where we are today. During a time of global warming, unequal distribution of resources, and war, Ishmael remains prescient. Quinn’s novel encourages us to look at our way of life and ask ourselves, is this sustainable?”