MythBlast | Wearing the Mask of God

“Who was that Masked Man?”

A childhood memory, televised in black and white––yet I still feel chills up my spine in anticipation of the weekly revelation, followed always by the sound of thundering hooves, the strains of the William Tell Overture, and a hearty “Hi Ho Silver, Away!”

The power of the mask! We feel it even today, in our un-superstitious age. This ancient vehicle of identities and energies that transcend the individual is still worn among the pantheon populating contemporary childhood tales. The Lone Ranger, Zorro, Batman––each of these characters is more the mask than the man who wears it; individual identity dissolves beneath the disguise.

Halloween masks play a similar role: when the doorbell rings and voices cry out “Trick or treat!” it is the monster, ghost, or witch we appease with sweet offerings. This quaint custom is more secular than religious in its observance, but its Celtic origins illustrate how masks have long provided a gateway to other dimensions, other realms beyond the senses.

The phrase “the masks of God,” as used by Campbell, refers to the deities of the various mythological systems, whether Zeus, Indra, Isis, Yahweh, etc.et.al., as local manifestations of the divine, transcendent source of being: that which is beyond thought and conception, beyond the personality of particular cultural deities. Through one or another of these local gods, individuals are able to approach the greater Mystery. Campbell maintains that a god should be “transparent to transcendence,” opening up to the radiance behind the mask.

For, indeed, in the primitive world, where most of the clues to the origin of mythology must be sought, the gods and demons are not conceived in the way of hard and fast, positive realities. A god can simultaneously be two or more places––like a melody, or like the form of a traditional mask. And whenever he comes, the impact of his presence is the same: it is not reduced through multiplication. (Joseph Campbell, The Masks of God, Volume I: Primitive Mythology, p. 21)

In most cultures, wearing a mask in a sacred ceremony involves the adoption and channeling of energies that transcend the individual personality. For the space of the ceremony the individual disappears.

Moreover, the mask in a primitive festival is revered and experienced as a veritable apparition of the mystical being that it represents––even though everyone knows that a man made a mask and that a man is wearing it. The one wearing it, furthermore, is identified with the god during the time of the ritual of which the mask is a part. He does not merely represent the god; he is the god. (ibid, p.21).

From the masked Kachina dancers of the Pueblo peoples or the Hactin of the Apache, to the False Face Society of the Iroquois, the Yu’pik of the Arctic, the masked Duk-duk of New Guinea, and the indigenous tribes in West Africa and the Sudan, the mask serves as a conduit for the community to powers that transcend the individual.

And the image still speaks to us today. It’s a vital metaphor. In fact, Campbell spins our brains further by proposing the mask as a metaphor for metaphor itself! As he puts it,“[Metaphor] also suggests the actuality that hides behind the visible aspect. The metaphor is the mask of God through which eternity is to be experienced.” (Joseph Campbell, The Power of Myth with Bill Moyers, p. 73)

And what is metaphor?

Well, what isn’t? Campbell is fond of quoting Goethe: “Alles Vergängliche ist nur ein Gleichnis” (“Everything transitory [the entire phenomenal world and all its parts] is but a metaphor”).

Schopenhauer, another Campbell favorite, expands on this thought:

In all these phenomena the inner essence, that which manifests itself, that which appears, is one and the same thing standing out more and more distinctly. Accordingly, that which exhibits itself in a million forms of endless variety and diversity, and thus performs the most variegated and grotesque play without beginning and end is one essence. It is so closely concealed behind all these masks that it does not recognize itself again, and thus often treats itself harshly. (Arthur Schopenhauer, The World As Will and Representation, Volume II, p. 318)

Each of us is one of these “million forms of endless variety and diversity”––which places in perspective a phrase mentioned above, introduced to Joseph Campbell by Karlfried Graf von Dürckheim:

Deities have to become, as one great German scholar said, “transparent to the transcendent.” The transcendent must show and shine through those deities. But it must shine through us, too, and through the spiritual things we are talking about. (Joseph Campbell with Michael Toms, An Open Life, p. 70)

Well, what do you know! Turns out that we are the masks of God!

Who is that Masked Man, indeed? 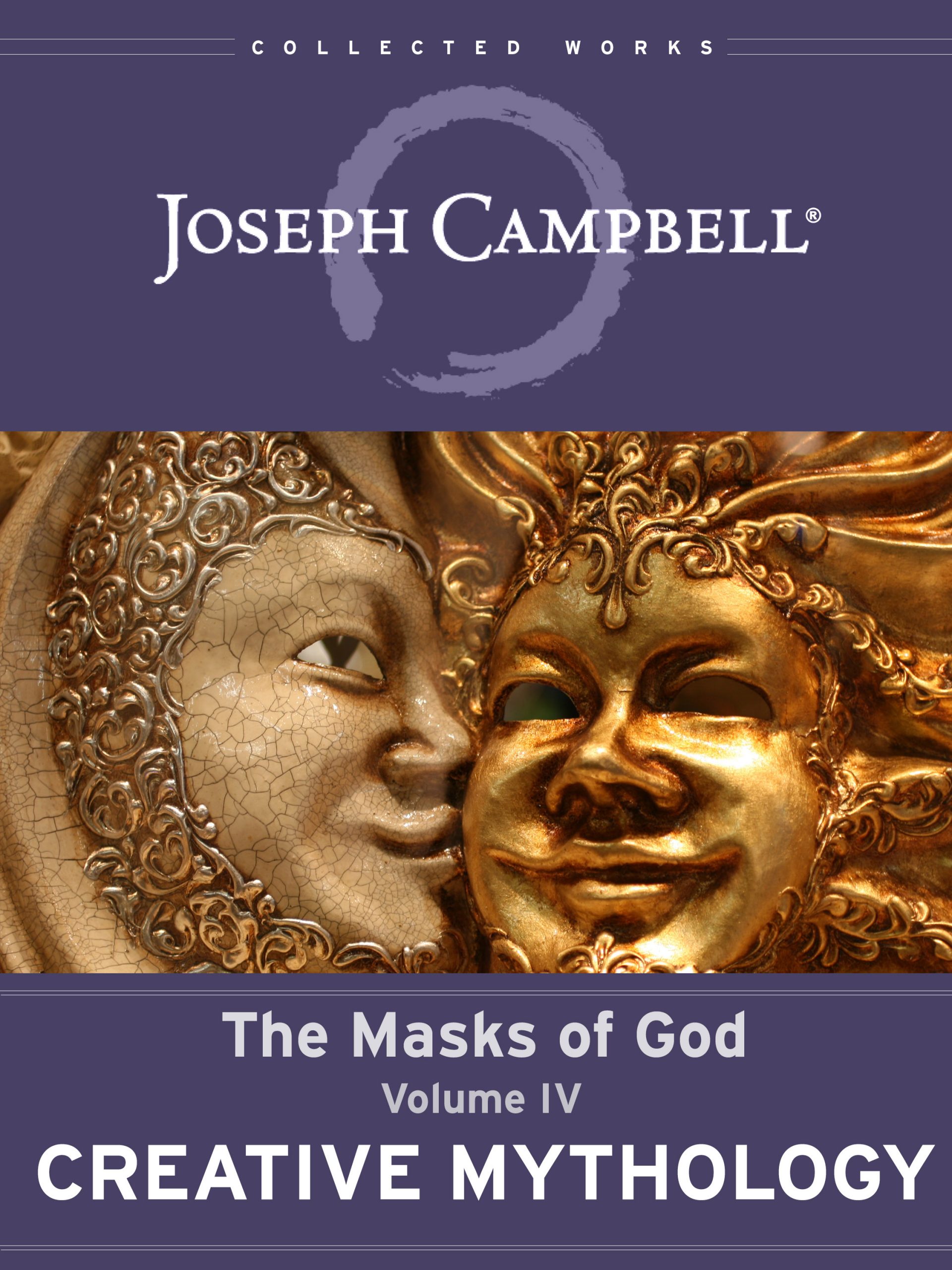 MythBlast | Wearing the Mask of God