The origins of Valentine’s Day are a bit murky, but they seem to reach back far into the early Roman celebrations of Romulus and Remus and the fertility festival of Lupercalia celebrated at the ides of February, or the 15th of February. Lupercalia was itself a modification of another, even older (dating back to Etruscan or Sabine cultures) springtime cleansing ritual, Februa, which lent its name to the month of the year. Later, as Christianity was emerging in the Empire, there were several Christian martyrs named Valentine or Valentinus in the first few centuries of the early Church and one of them, perhaps even all of them, were remembered in the celebration of a feast day named in their honor and placed on the 14th of February in the familiar modus operandi of the Christian Church to coopt venerable pagan celebrations, rename and redefine them in Christian terms and significance in order to make the new celebration seem familiar and facilitate a broader acceptance of Christianity.

I am particularly fond of one legend that describes an imprisoned, and doubtless soon to be martyred, Valentine sending a greeting of love to a young girl with whom he fell in love while he was incarcerated, and he signed the missive, “From your Valentine.” Not only is this a sweet story that explains the continued use of the phrase, but it also points out the rather painful aspects of love (I recall Joseph Campbell remarking in Reflections on the Art of Living, that romantic love is an ordeal), aspects one would rather overlook in exchange for contemplating the more exhilarating, self-affirming, blissful aspects of love. Loving another, and communicating that love, is often not easy; especially if the thrilling, enthralling, novelty of love has settled into a predictable familiarity, and perhaps just such a communication is something that Valentine’s Day affords.

Among the modern symbols and images of Valentine’s Day, one in particular stands out: the honeybee-winged, infant Eros clumsily holding his wee bow and tiny arrows, arrows that should they find their mark, one wouldn’t notice any more than the sting of a mosquito. This image of Eros—infantile, small, impotent, speechless, dependent, and incapable of adult, especially sexual, relationships—may well represent an unconscious, neurotic orientation to love that is gaged by the value of the gifts bestowed and the hackneyed, greeting card folderol that passes for poetry, and alerts us to the fact that, culturally speaking, we don’t want to work too hard at love.

Compare the Valentine’s Day Eros to the Eros depicted in ancient Greek culture: Eros was among the oldest of the gods, fully mature, robust and muscular, bearing angelic golden wings, and as sculpted by Praxiteles, heart renderingly beautiful. Hesiod, in his Theogony, writes that it is the influence of Eros—of love—that first gives form to the universe. His arrows also wound, and thereby give form to the human heart, sometimes causing an aversion to the beloved, other times kindling love, and even the greatest of the gods were not immune to his influence. This Eros is hardly a powerless child, and one must wonder how ideas of love would change if this was the image of Eros we were faced with each February 14th. Encountering the Eros of Hesiod or Praxiteles, one encounters the often disorienting, disturbing nature of the sublime, and the difficult pleasures of the sublime are never more present than when one becomes vulnerable enough to love deeply, unhesitatingly, and wholeheartedly.

If you enjoyed this MythBlast, we think you’ll enjoy a new ePub, Creative Mythology. Please click the link to stop by the Joseph Campbell Foundation website and learn how you can get a copy. 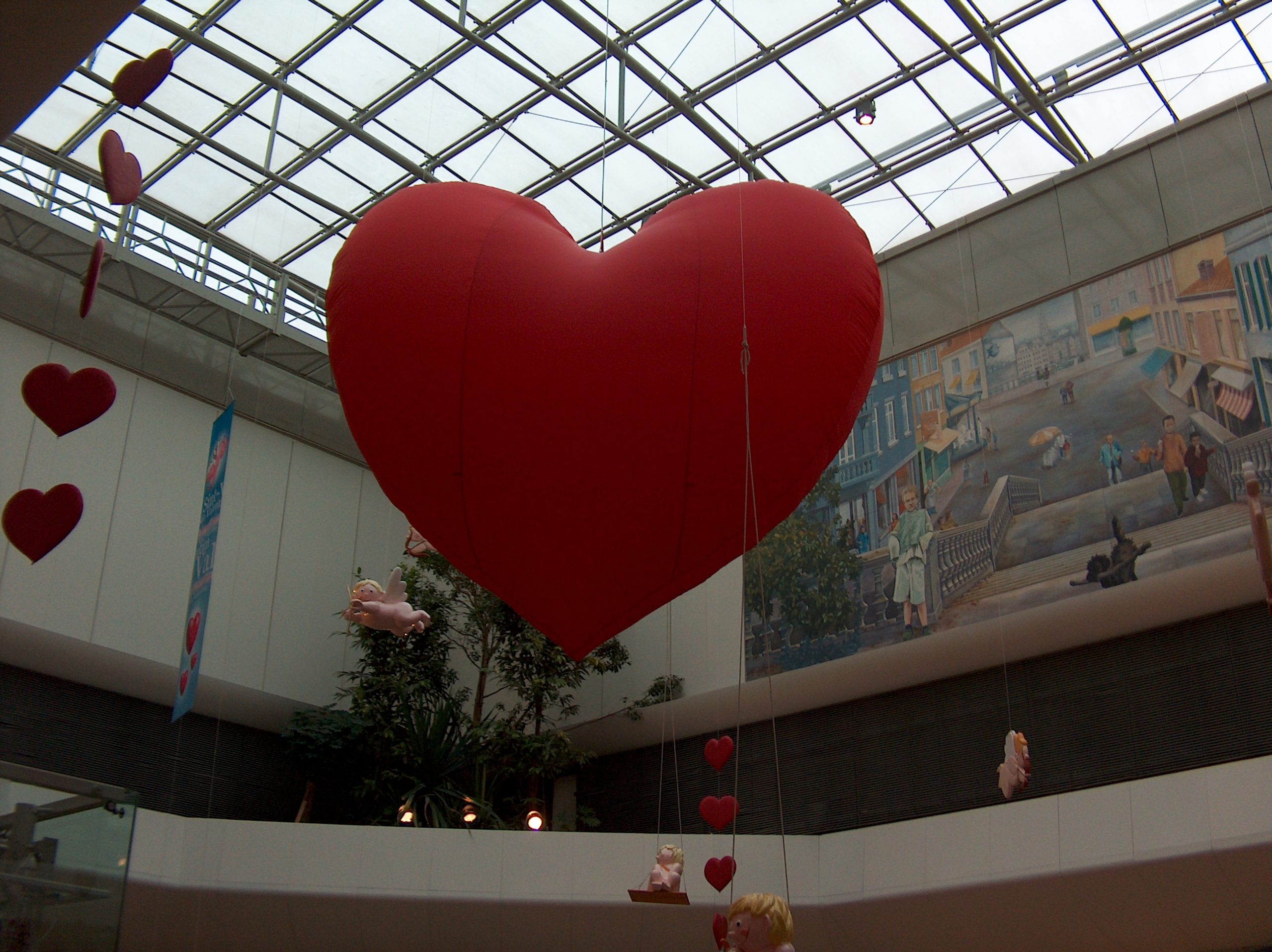