Joseph Campbell often told a story that he recounts near the end of his book, Myths of Light. In the fable, a baby tiger’s mother is killed while hunting goats. The young tiger is raised by the goats his mother was hunting, and he never realized that he was different from his bleating peers. Eventually, the child meets an adult tiger who makes numerous attempts to show the little one what he really is. He shows the tiny tiger his reflection in a quiet pond and explains that he’s a tiger, not a goat. Finally, the elder tiger shoves the flesh of a gazelle at the younger, who after initially claiming to be a vegetarian, gags on the meat as he swallows it. Campbell tells us that the young tiger begins to feel a buzz inside him — something he had never felt before. All of the sudden, without even knowing it, the child lets loose with something that is not quite a roar, but enough so that the older tiger, who knew roars, recognized it as a possibility. (Myths of Light, 138-140)

Our initial inclination with the story is to examine ourselves in terms of the baby tiger. We might consider our own awakening. We might recount the gagging we experienced when we first tasted the food that was right for us. While this story holds a number of lenses that we can benefit from, perhaps one of the more underappreciated aspects of the tale is the persistence of the elder tiger. Putting ourselves in that character’s noble position is a bit harder to romanticize. Being the elder tiger in the story requires patience, maturity, and the ability to see something in someone else that they may not see in themselves. It requires being willing to watch the younger tiger choke on the food that you know to be delicious, and then preparing a second course. Being the elder tiger requires vision. It requires humility. It requires an advanced death of the ego that many of us never achieve. The younger tiger experiences the excitement of transformation and often gets all the publicity and acclaim. The elder tiger must watch from behind with a smile, recognizing their role that was played in the transformation, even when no one else is aware.

Netflix had a hit series a few months ago called Tiger King. It centered on a gargantuan battle of egos. The natural swagger of the animals featured throughout the series seemed to reflect the hubris of the human characters in the story. It’s no coincidence that the animals present in Campbell’s story are tigers, either. The insights required to unpack the ego-related issues in the symbolism of the tiger give the narrative rich layers. While often awarded the title of “king” in various corners of culture, lions live together in prides, whereas tigers prefer to be alone. An investment in someone else becomes an even greater challenge for the symbolically solitary tiger. It requires a greater deflation of the ego — something the characters in Tiger King never seem to fully grasp.

All of us can point to elder tigers that have been formative in our lives. They are those who offered well-timed words of wisdom. They are those who introduced us to new food, food which we might have initially rejected, but later came to love. They are those who helped us see who we really were and returned to remind us when we began to lose sight of it. One of the unintended ironies of Campbell telling this story, of course, is that he has served as the elder tiger for so many. Scores of seekers have come to understand who they are a result of his words. I never got the opportunity to meet Joseph Campbell in person, though he has influenced me greatly. I have been fortunate enough to meet people who knew him, and who have dedicated themselves to seeing his work sustained. One of those men has invested in me over the past year. He has been that elder tiger — a Tiger King of sorts — more interested in my maturation than his own ego. He has seen things in me that I was unable to see in myself, and I am forever grateful. He knows who he is, and I am confident he will read this. I’ve tried to take every opportunity I can to let him know about my appreciation of his investment because we live in a world where people tend to hear plenty about what others dislike about them and far too little about what they do. It’s crucial that we honor our elder tigers, and that eventually we, too, take the time to guide younger cubs that we encounter to that quiet lake and invite them to see who they really are. 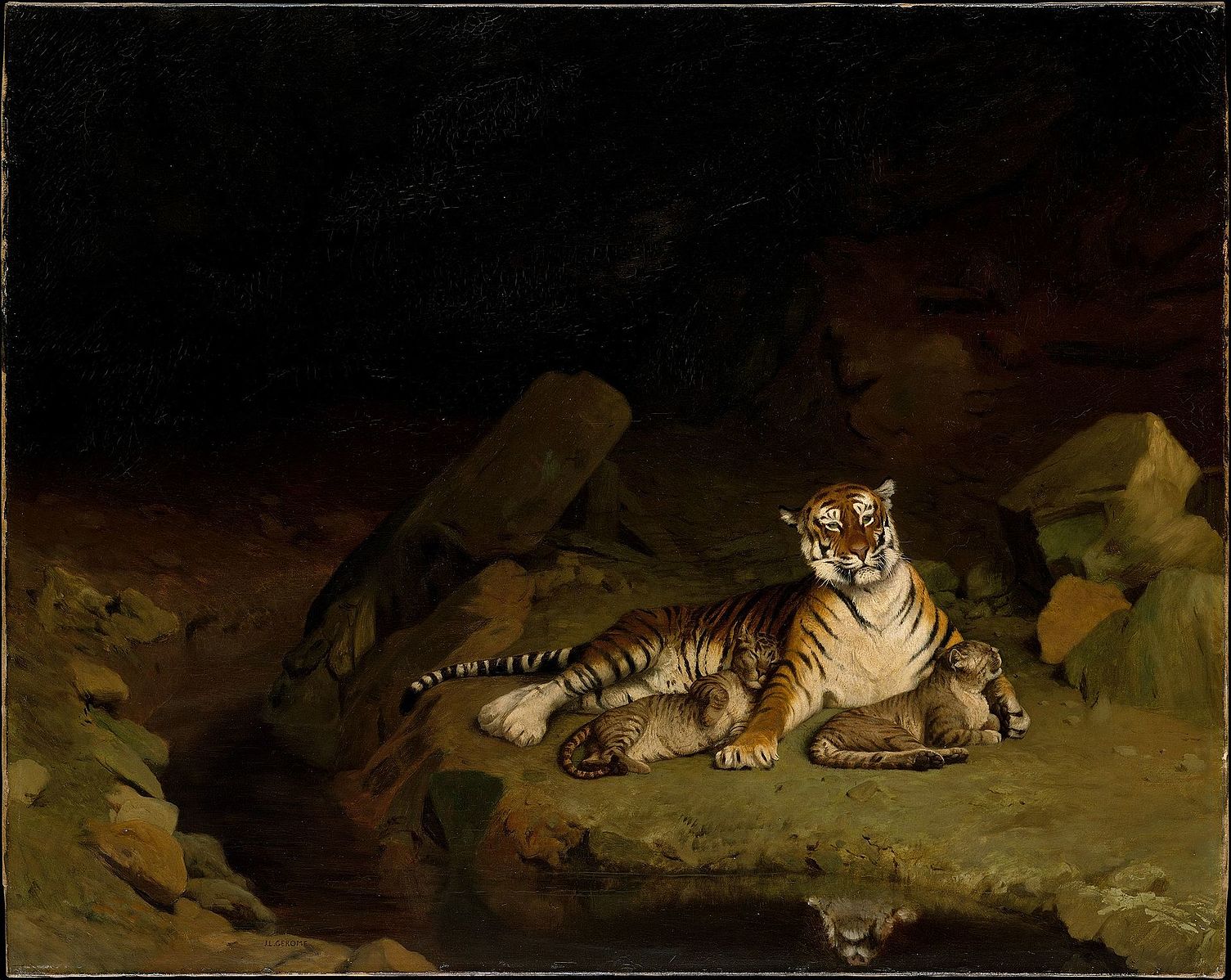