Although famous for stressing the psychological and metaphysical dimensions of myth, Joseph Campbell also had a grasp of myth’s historic foundations, including its sociological and ethnological inflexions in specific environments. When discussing Hinduism, for instance, Campbell is quite aware of the basic material conditions reflected in mythic archetypes such as that of Manu, the Hindu prototype of the Primordial Man, the First Man and progenitor of humanity. As an image of the archetypal Self, Manu is at once an individual and a symbol of real collective power in the world. It constitutes a certain spirit or “mentality” which is both a literal force and an ideology exercising its domination over the social body.

In his beautiful exploration of Indian mythology, Campbell shows us that myth is “real” in the sense of being an ideological structure that interweaves the political and socio-economic fabric of society. That is why real myth never needs to be literally “believed in” by individuals, for it is like the very air we breathe, the unquestioned reality of our social existence.

On the other hand, when myth becomes an explicit object for us, an object called “myth,” it is already dead, having become a historical phenomenon. Living myth is, by definition, a collective manifestation of the archetypal psyche; it is not simply a metaphor for the reflection of my private experience. The latter is “myth” in the sense of fantasy or an aesthetic plaything but not in the sense of an existential commitment to the truth of our lives. Rather than being a specific object in the world, therefore, true myth constitutes our very sense of actual reality. That is why it is so hard to see it, not because it lies buried in some deep cavern of the soul, but because it is so close to us, so familiar, so taken-for-granted — like the very end of our nose that we never see and yet follow religiously!

As Campbell turns his discussion of Hinduism to the ‘Spirit’ or mentality of Manu, the harshest aspects of true myth come to the surface:

I have discussed the Indian law books, the so-called Laws of Manu. Manu is a word related to our word man, also mentality. Manu is the sort of primordial man image of India. The Laws of Manu say in one passage that I remember reading with amazement, that if a śūdra hears the recitation of the Vedas, even by accident, he shall have boiling lead poured into his ears.

The Vedas are power, in both senses of the word; they are like atomic secrets. They are the powers by which the brahmins direct the energies of the universe, and this power must not be leaked to the subject people.

Now, what a śūdra or shudra is in the context of the caste system may need some clarification for those not familiar with it. For the symbolic order of Manu constitutes a mythology of its own, wherein each caste of the system is assigned a function analogous to the various functions of the human body.

The brahmins constitute the head of the social body; they are the intellectual and religious elite, preoccupied with sacred texts and esoteric research. Then we have the kshatriyas who are represented by the arms and thighs; they are the “doers” who constitute the political class, the rulers and administrators of the state, also known as the “warrior cast.” The merchant class, vaisya, are the “providers” who are aptly represented by the belly. Then the fourth and lowest caste, the shudra, are the feet of the society, a class of servants or working poor which do all the manual labor. Lastly, we have to name the nameless class, the literal out-casts of the caste system: the dalit — a term more literally translated as “divided, broken, or scattered.” This is the class of people infamously labeled “untouchables,” the lowest strata of society, who effectively occupy the position of being “part of no part,” lacking any generally defining characteristic as a social group or caste. They are nevertheless tasked as a group with the removal of human feces, dead animals, and the like, and, for that reason, they are deemed to be spiritually and biologically “contaminated” and therefore “inferior.” This kind of viral quality associated with the dalit is also shared by the shudras, as Campbell describes it:

Why may the brahmin not accept water from these lower śūdra? Because he would become contaminated. These people, the śūdras, are regarded not only as socially but also as spiritually low. It is as though they were diseased and to touch the unclean śūdra, that is to say those from whom one cannot take water, is to contaminate yourself with a spiritual infection. The ruthless avoidance of these people, what is, from our standpoint, the horror of their lives, is a function of the belief that they are infectious, like lepers; they are spiritual plague bearers.

The equation of horrible social oppression with the functioning of a myth that sanctifies it should not escape our eye. It is a kind of transcendent union of physical and metaphysical violence which has been produced by a fierce antagonism that has raged in the collective unconscious from time immemorial. Violence is constitutional of any nation state; rather than being some kind of glitch in the system, such violence underpins its very functioning, the capacity to produce and reproduce itself and its relations of power. As ruling ideology, therefore, real myth casts and recasts the heart of a society, throwing its deep historical shadow into the darkness of human existence.

Discuss this MythBlast with the author, Norland Téllez, and other community members in the new Conversations of a Higher Order! 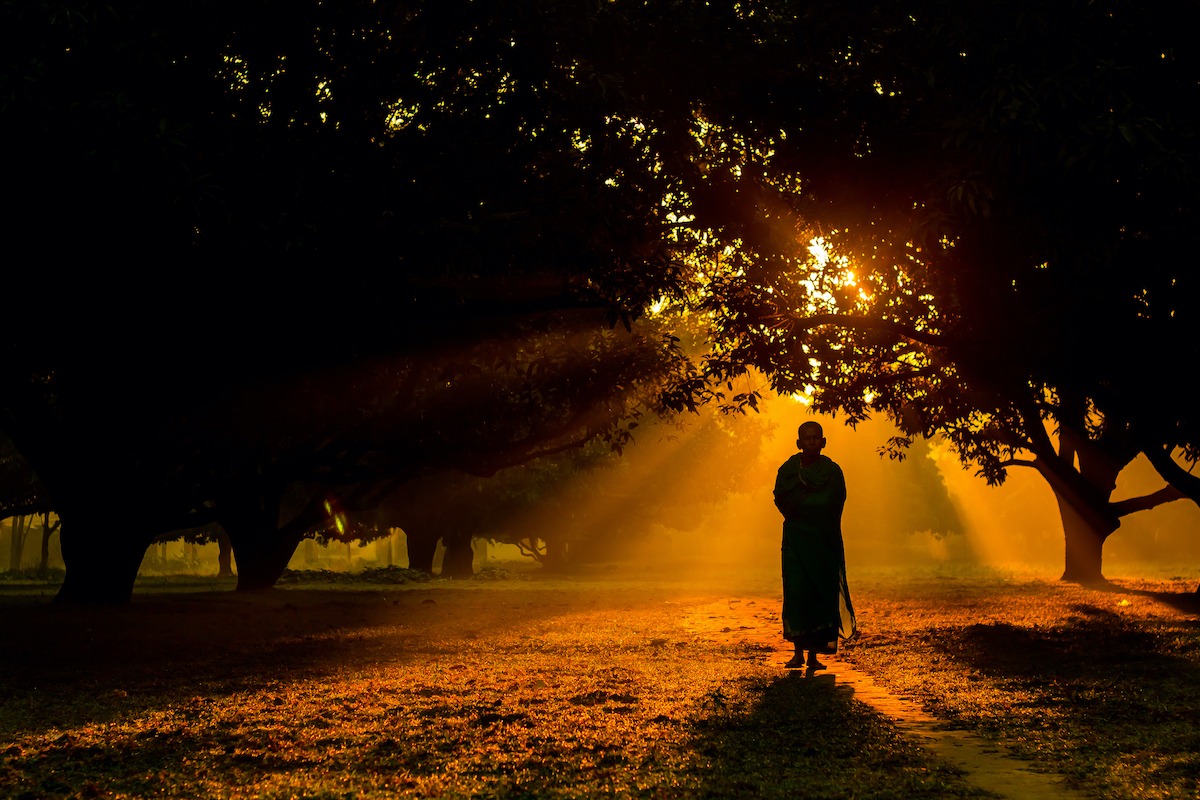