MythBlast | The Goddess, Beautiful in Tears

As I watch the renewing, generative energies of spring wrestle with the lingering insistence of winter in the mountains of Northern Arizona it might be apt to remember Freyja, the most familiar and powerful of the Norse goddesses and whose beneficent influence in the concerns of love, beauty (particularly gold) and fertility was popularly sought after. She is a conspicuous figure in The Poetic Edda, the sagas of great tragic poetry compiled and set down from older traditional sources in the period from 1,000-1300 A.D., and from which J.R.R. Tolkien drew a great deal of inspiration. 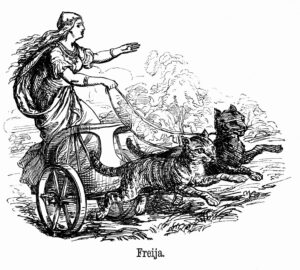 Freyja is the most glorious of the Norse goddesses and most kindly disposed to humankind, particularly lovers, and finds herself mediating disputes between mortals and gods alike. When she travels, she is carried in a chariot pulled by two cats; another remarkable mode of transportation for Freyja is her cloak of feathers which she often loans to other gods, notably Loki and Thor, to aid them in their efforts. In the Eddas (in addition to The Poetic Eddas, a Prose Edda exists, written in the late 13th or early 14th Century and attributed to Snorri Snorrelson), there are many commentaries on Freyja’s beauty as well as her generative powers. She is described as flying over the earth sprinkling morning dew, spring flowers falling from her hair and, in a trope made famous by poets, weeping tears that turn to gold. Many plants in Scandinavia were once named for her (Freyja’s Tears and Freya’s Hair are familiar examples), and despite being relegated during the process of Christianization, Freyja continues to be influential in Scandinavian folklore and art.

It seems to me there is something quite modern—and necessary to modern life—about Freyja; there is something indomitable, civilizing, and empowering to be found in her strength, her compassion, and in her wisdom. The tears she cries are tears of loss and grief, and when fallen to the earth turn to gold, a precious gift to humans from the goddess. Freyja’s strategic martial and political gifts seem essential in creating balance and restraint in the midst of her often hot-tempered Aesirian brethren. Her spirit may easily be re-imagined at work in contemporary life attending to issues of poverty, domestic violence, illiteracy, sanitation, food supply, and championing reproductive and human rights through a movement that has proved to be a most efficacious way to rapidly raise the quality of life in countries afflicted by prolonged conflict, abysmal health care, and profound poverty: the empowerment of women.

When women are empowered in developing nations, the society itself blooms. It flowers not necessarily because women are inherently wiser, more compassionate, or more efficient than men but rather because half of its members are restored to the life of the society, and all its members can commit to the ideal of becoming more humane, more educated, more dignified, no longer living feral lives of mere subsistence and survival. Self-expression, innovation, art, social reciprocity, practical reason, and conviviality—all those things that make human beings value being human—begin to flourish and, as Aristotle said, the noble shines through. Individuals begin to be seen as having goals, activities, aspirations, and plans, thereby causing the old ideas that previously regarded people as pawns or property serving another’s ends, to be cast in an abhorrent light. In her book, Women and Human Development, the philosopher Martha Nussbaum, writes that “…fully human functioning requires affiliation and reciprocity with others…” and affiliation and reciprocity are surely among the most highly developed of Freyja’s values. 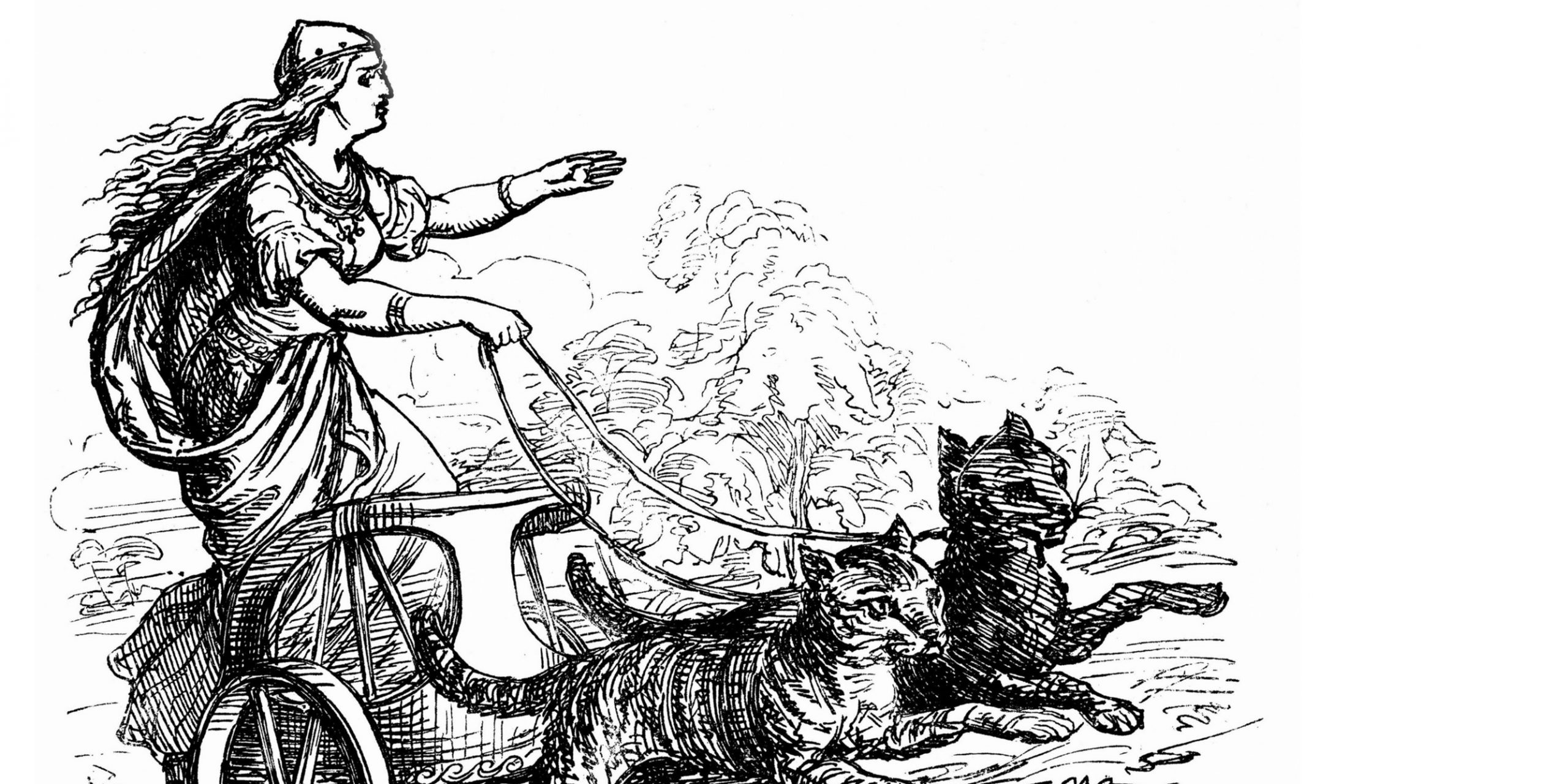 MythBlast | The Goddess, Beautiful in Tears