MythBlast | The Giver of Gifts Who Destroys Obstacles

This year, Ganesha’s birthday is celebrated in the Hindu month of Bhadrapada, which on the Gregorian calendar falls on August 24th. A festival of celebration, called a Chaturthi, lasts for eleven days ending on September 4th. 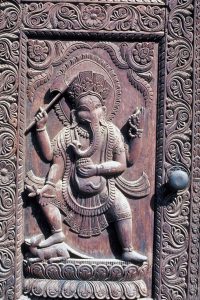 Ganesha is often regarded as being “the remover of obstacles,” and is among the most popular of the Hindu gods. He is a favorite household deity in India, and his popularity and acceptance are amazing, particularly since he comes, seemingly quite literally, out of nowhere around the 4th or 5th cent of the common era (and of course, there is debate as to just how old Ganesha is), beginning to appear in the late texts of the Puranas around c. 600. Perhaps that shouldn’t be too surprising since we often experience solutions to problems or obstacles as “coming out of nowhere.”  Being a favorite god of traders, and therefore sailors, Ganesha traveled widely and became popular in Indonesia, Southeast Asia, China, Japan, and even reaching into pre-Islamic Afghanistan. Ganesha’s skills in obstacle removal were called upon and he provided a rallying point for the Indians against British Colonialism and India’s successful efforts to recover self rule.

Images of Ganesha depict him with the body of a man and the head of an elephant, which depicts the unity of the microcosm, man, and the macrocosm, the universe. The man part of Ganesha represents the manifest principle, inferior to the unmanifest or immaterial realm symbolized by the elephant, and why the elephant is therefore the head. Ganesha has a mouse as a companion, which probably symbolizes Ganesha’s ability to penetrate, mouse like, to the most secret and hidden places. It’s not uncommon that when one can uncover, or become conscious of the most hidden, secret places within oneself that what initially seemed to be obstacles melt away, or even become transformed into opportunities. Size is a concept one cannot escape in contemplating the images of Ganesha, the immensity of the elephant and the tininess of the rat; it’s almost as if, in the iconic representations of Ganesha, one might see into the deep nature of the universe: vast, yet atomic. Of course, Ganesha is often depicted with many arms and a massive belly, features which represent the infinite abundance of compassion that he possesses for other beings.

In addition to being the remover of obstacles, in his manifestation as Ganapati, he is the Lord of Categories embodying everything the mind can grasp. All that can be counted or comprehended is a category or gana, and simply put, a category is a collection of things. Alain Danielou writes, “The principle of all the classifications through which the relations between different orders of things, between the macrocosm and the microcosm, can be understood is called the lord-of-categories (Ganapati)” (The Myths and Gods of India). Among other things, the Lord of Categories is a scholar, a patron of schools, and a scribe, and to him is attributed the recording of the Mahabharata, one of the two major Sanskrit epics.

The relationships between the microcosm and the macrocosm comprise nearly the whole of religion and philosophy; the effort toward reconciling the material with the immaterial, the known with the unknown, is the defining human enterprise. No wonder humans admire Ganapati, that theriocephalic genius who, in his categorical knowledge of everything becomes “the giver of gifts who destroys obstacles” (Ganapati Upanishad 15).

You can read Campbell’s exploration into the myths and symbols of India – and his own hidden places – in the newly released, Asian Journals from New World Library. 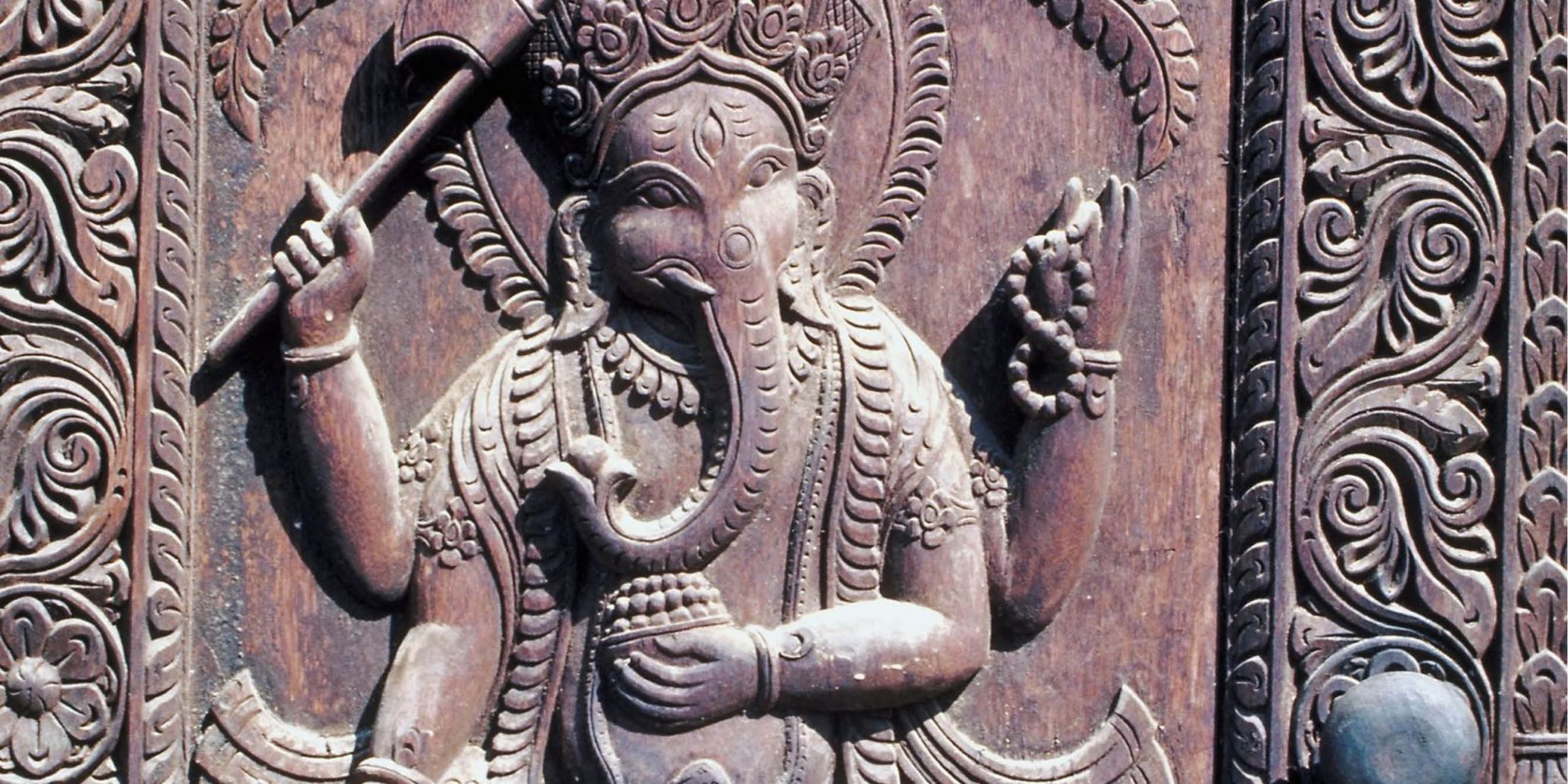 MythBlast | The Giver of Gifts Who Destroys Obstacles