When I first was drawn to myth, it was through play. My sisters and I, nerdily passionate children of academics, spent a lot of time playing “Greek Gods and Goddesses” in a father-made fort in our suburban back yard in Pennsylvania. 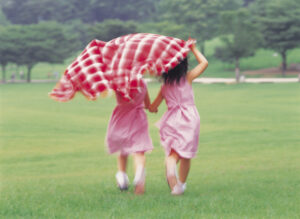 Armed with D’Aulaires’ Book of Greek Myths, we developed elaborate story lines based on myths that most intrigued us, in what was, as I think about it, a rather intuitive form of fan fiction. Not content simply to re-enact the stories from the book, we invented new adventures for our favorite divinities, each more far-flung and impossible than the last.

One sister was almost always Artemis. The other, Persephone.  I most often cast myself as Demeter, drawn by the power of growing things, of abundance, and perhaps, a bit of authority over my younger sister. Those archetypes have rolled through all three of our lives in rather fascinating ways. (Though I no longer have any fantasies that I hold any authority over sisters, mythic or otherwise.) Even as fairly young children, we were drawn to those qualities that would lead us through the rest of our lives, metaphorically and even, at times, metaphysically.

While we probably were the only kids in our neighborhood living into that particular set of characters and storylines, we were hardly alone in breathing life into our make-believe. And, I think, we were tapping into a deeply human instinct to make myth come alive through play.

In The Historical Development of Mythology, Campbell writes:

We all know the convention, surely! It is a primary, spontaneous device of childhood: a magical device, by which the world can be transformed from banality to magic in a trice. And its inevitability in childhood is one of those universal characteristics of man that unite us in one family. It is a primary datum, consequently, of the science of myth, which is concerned precisely with the phenomenon of self-induced belief. (p. 36)

Play is, perhaps, the clearest way not only to conjure that magic and banish banality, but, is, I am increasingly convinced, one of the most powerful paths into the heart of myth. Campbell thinks that ritual play, ritual make-believe, brings us into the heart of the metaphysics of myth. I think he’s right.

You can read more about Campbell’s ideas about how play opens up myth in The Historical Development of Mythology, now available as an eSingle download for only 99 cents. 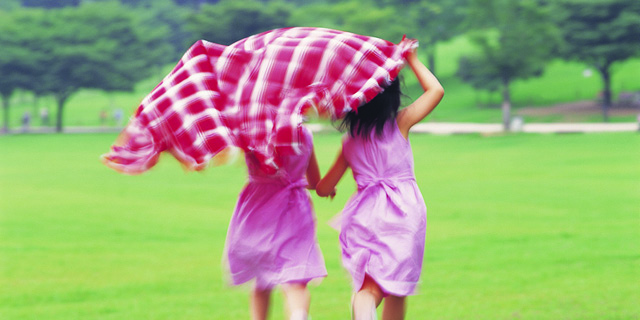