Mythology and the Hero’s Journey became pervasive throughout film culture and history as generation after generation turned to Joseph Campbell and The Hero with a Thousand Faces. With his guidance, countless filmmakers have come to see image as symbolic, character as archetypal, and narrative as mythic. In addition to deepening entertaining stories into profound narratives, this has helped filmmakers translate inner psychological experience into something a camera can see. We are fortunate today that the Joseph Campbell Foundation has partnered with Studio Institute Global in Los Angeles to bring the depths of this master’s insights into the hands of students and filmmakers within the community.

Fifty years have followed since Stanley Kubrick gave his book to Arthur C. Clarke while writing 2001: A Space Odyssey. In the last two years alone, his name has been mentioned in Snowden and La La Land while his words have appeared on Wonder Woman’s sword, Superman’s cape, and in key moments of 13 Hours. Most famously, George Lucas came to see Campbell as “his Yoda” after The Hero with a Thousand Faces inspired revisions of Star Wars that enhanced the archetypal qualities of its characters, the symbolic depth of its imagery, and the mythic structure of its narrative. As John Williams said, “Until Campbell told us what Star Wars meant […] we regarded it as a Saturday morning space movie” (starwars.com). The mythic structure he learned from Campbell, famously called The Hero’s Journey, has gone from Lucas’ secret weapon to an industry standard that can be seen in a majority of studios and franchises.

Having studied hero myths from around the world, Campbell came to recognize a relatively consistent sequence: from the world of common day, the hero is called to adventure, which they—or a loved one—resist. This is followed by some kind of aid from beyond their normal experience, the crossing of the threshold from known reality to an unknown world, an initiatory road of trials through the unknown, a big ordeal that results in ego-death and a new elixir, a return journey, struggle at the return threshold, resurrection of a new self, and the eventual delivery of the life renewing elixir, which redeems a wasteland.

Where many have used this as a simple outline with varying degrees of success, the real power of the Hero’s Journey is that it turns a process of inner transformation into something the camera can see—it makes thoughts invisible to the camera by nature, visible. What Campbell did was help great storytellers translate major psychological experiences and philosophical transformations—as in myth and dream—into visual stories.

For example, one of the core qualities of the Hero’s Journey (and Jungian Individuation) is the death and deconstruction of walls around ego—the part of the self we identify with—which enables the expansion of consciousness. Symbolically, this can be expressed by the bringing down of shields, the opening of locked doors, the removal of armor, and the rescue of a sleeping figure. In Star Wars, this is seen as the powering down of the Death Star’s shields and Luke’s removal of his helmet while he rescues and awakens Leia in her prison.

The rescue of Leia by a team of male characters is also consistent with myths and dreams of male consciousness coming to integrate what it perceives as feminine and has thus far repressed. When the ensemble of heroes adds Leia, it doesn’t just symbolize a rebalancing of team dynamics. It represents the rebalancing of the protagonist’s own psyche, which suggests a rebalancing in personal and collective psyche to its audience. Leia wasn’t just an exciting female character because of her strength. It is also exciting—then and now—to see a dramaintegrating the excluded and repressed feminine.

Those who continue to work with the Hero’s Journey in new and advanced ways have pushed this kind of narrative healing to new heights. Mad Max: Fury Road, for example,  featured a diverse cast of female archetypes—from Furiosa the warrior, to milk maids, lovers, and crones with seeds.

As in a dream, characters exist within the minds of storytellers and their audiences. This is expressed in the quote of Campbell’s on Superman’s suit, “… where we had thought to slay another, we shall slay ourselves; where we had thought to travel outward, we shall come to the center of our own existence….” Or as it’s said in 13 hours, “All the gods, all the Heavens, all the Hells are within you.”

This perspective has had a major impact on character development in Hollywood. It has resulted in an emphasis on the creation of characters whose qualities already exist within audiences. To find these characters, Campbell and others studied the recurring figures in myth and dream that have resonated with audiences around the world and across time. Among these figures are goddesses, whose recurring motifs are described in his book Goddess: Mysteries of the Feminine Divine. Wonder Woman’s sword includes a quote from this book: “Life is killing life all the time and so the goddess kills herself in the sacrifice of her own animal.” By reading this and working on Wonder Woman, the storytellers were able to construct an archetypal character that resonates with goddess figures around the world and across human thought.

And it worked; the character resonated with the goddess warrior within millions of hearts and minds. A specific example of how the character was tweaked to evoke these associations can be seen in her use of a bow and arrow throughout the training sequence. This required the storytellers to work it in, as the bow isn’t Diana’s weapon. However, it is the weapon of the Roman Diana, goddess of the hunt, her Greek counterpart known as Artemis, and the Amazons. The storytellers gave her a bow for the same reason Hannah and Katniss from The Hunger Games are archers—this motif recurs throughout examples of the archetypal woman-warrior these filmmakers are trying to evoke. This is encouraged by studios because archetypal character qualities that recur throughout world mythology tend to resonate with global audiences.

In an effort to stimulate an ongoing dialogue between the study of myth and the culture of storytelling, The Joseph Campbell Foundation and Studio Institute Global have opened The Joseph Campbell Writers’ Room (JCWR) at Studio School Los Angeles. Open to both students and the community, the JCWR is a place where Studio School students, filmmakers, and screenwriters can go to collaborate, get advice from Campbell experts, learn ways to develop their stories as it relates to myth,and continue to explore new ways to interpret his theories. The Joseph Campbell Writers’ Room will work to continue the legacy of Campbell and his impact on the next generation of filmmakers. 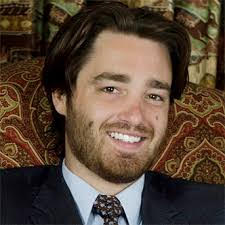 WILL LINN is the Executive Director of the Joseph Campbell Writers’ Room, Chair of the Studio School General Education Department and Editorial Director for the Joseph Campbell Foundation’s global grassroots network of Mythological RoundTable® groups. He also teaches courses on storytelling and co-hosts a radio series for the Santa Barbara News-Press called Mythosophia. 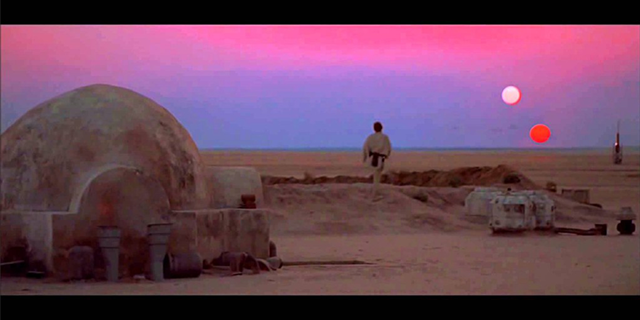