A week ago, I found myself at that hard moment of freeing my eighteen-year-old cat from a body that was failing her. From the moment of her choosing me at a California animal rescue, our lives have been a dance of longing and fulfillment, of joy and loss.

My dogs come to me outstretched and quivering, waiting for my approval, the “house broken, domesticated deities” that never demand anything from us that Belden Lane decries in The Solace of Fierce Landscapes. Mia was innately unbroken, deeply wild, and full of a superb indifference.  She not only resisted being sentimentalized, she outright refused it, often with something that amounted to a glitter of humor at my insecure need to gain her approval.  She never sought mine. 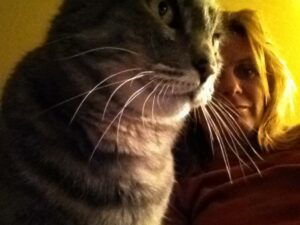 , as the first shards of light began to pierce through my curtains, she would jump lightly on my chest, purring me awake.  I learned to move slowly (if at all) in response to her, gently reaching a hand up to pet her.  If I moved too fast or loved too hard, she would slip flame-like to the floor and be off on her morning adventures.  But if I moved quietly, and offered myself to her rather than trying to take her, we could lay for hours, until our breath became fused and I would be stilled into patience at the wonder of it. Those moments of grace were both of fierce joy and discipline, and began to teach me about the nature of wildness. We cannot want too hard. If we wish too noisily, we scare the fish, the deer takes flight, the clouds scud in heavy over the moon.  We cannot actively seek the moments where our longing for oneness with Nature is fulfilled; we can only place ourselves in the ready, to receive the grace when it comes.

In those moments, Mia would become a flash of Artemis herself, seen from the corner of my eyes but never fully realized, stroked but never clutched. Wolfgang Geigerich’s exploration of the myth of Actaeon and Artemis at the bath in The Soul’s Logical Life defines the story as a metaphor for joining the Other and the Self: becoming one with the wildness.  Geigerich suggests that to know that wildness, one must be destroyed in the process, as Actaeon was, but I have not been certain that the gap between what is human and what is wild could ever really be bridged, even with destruction.

But there is another lesson: whether inside ourselves or in the world around us, wildness itself insists upon our commitment to metaphor.  We can never bridge the gap literally, not through taming, or destruction, nor any kind of dominion. We can find it, in a sideways glance, through the metaphor itself, and through the mythopoetics of love. That connection invites us not only to breathe into paradox but to celebrate the divine, complex innocence of losing Self and Ego through loving the wildness without expectation.  It is, perhaps, the only way that we can find that oneness. And in the paradoxical manner of the universe, I learn this lesson not by the spectacular, grandiose nature of Nature, but instead the quietly wild nature of a small gray cat.

For more thoughts on the spirit of wildness, see Joseph Campbell’s Goddesses: Mysteries of the Feminine Divine. 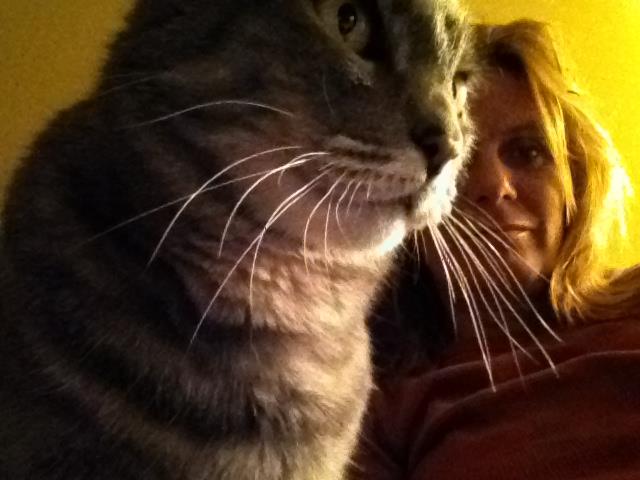