MythBlast | Eclipse: It is in Darkness One Finds the Light

Yesterday, on August 21, Americans living within the “umbral cone” had a ring side seat to the latest total solar eclipse visible from the U.S. for the first time in 26 years. As you know, a solar eclipse occurs when the moon passes between the earth and the sun veiling the bright sunlight of day. Because of their relative distances and size, when it is closest to the earth the moon appears large enough to completely cover the sun, creating a few minutes of uncommon, otherworldly duskiness during an otherwise sunlit day. Umbraphiles from all over the world will travel to various places within the U.S. to place themselves in the pathway of the eclipse. Solar eclipses are not all that unusual (averaging one totality, somewhere on earth, every 18 months), but to witness a total solar eclipse at the same location, one would have to wait about 375 years. 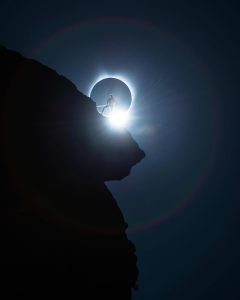 The Chinese began keeping records of eclipses around 720 BCE, and Shi Shen predicted eclipses based on the relative positions of the sun and moon as early as the 4th Century BCE. By and large, though, eclipses have not always provoked cool, rational, scientific inquiry. We get the word “eclipse” from the Greek word ekleipsis, which means abandonment, and often during an eclipse when daylight abandoned them, people reacted with fear and panic while regarding eclipses as bad omens or ill portents. Certainly the disruption of the natural order—night erupting into daylight—was a cause for real concern. A surprising number of cultures created mythologies of an animal of some kind swallowing the sun. Mayan paintings show a giant serpent swallowing the sun, for the Chinese it was a dragon, for people living in the region of Hungary a bird was responsible. In southern Siberia a bear swallowed the sun, while in southeast Asia, a toad or frog was the culprit. In Norse mythology, a wolf named Skoll steals the sun with the intention to eat it and local residents make as much noise as possible to scare Skoll away from his feast. While there are many other cultural examples of animals eating the sun, there are other mythological motifs to explain the disappearance of the sun. For example, in some African myths the sun and moon are fighting during an eclipse; in some North American indigenous eclipse myths the sun and the moon marry and, since stars and planets are visible during an eclipse, the solar-lunar romance seems to result in the birth of other heavenly objects.

Misunderstandings of the nature and power of eclipses have even persisted into contemporary times as evidenced by the surprisingly common belief that an eclipse is dangerous to pregnant women and may cause birth defects in unborn children, or that one should not look directly at an eclipse lest one become blinded (the use of solar glasses and viewing a total eclipse with the naked eye at the moment of totality is encouraged). Fears are attending the upcoming eclipse too, although perhaps less fantastical, but people fear shortages of food, water, bathrooms, and gasoline due to the people flooding into communities along the path of the totality. One researcher even suggested that eclipse mania in these parts of the country will resemble a “zombie apocalypse.”

Now, I doubt that there will have been a zombie apocalypse, but we humans have great difficulties dealing with experiences that seem to subvert the natural order of things, of events that trigger the primal feeling in us that unusual powers are at work, and we create narratives to explain those moments when the distinction between imagination and reality are erased, as when something that we have hitherto regarded as imaginary or impossible appears before us in reality. It is then we discover that those primitive fears which we are confident we’ve surmounted seem once more to be activated. We rely on the power of myth to deal with the production of the existential anxiety from which the majority of human beings have never become quite free.

Image: A very special thanks to wildlife and adventure photographer Ted Hesser for sharing this extraordinary image he made at Smith Rock State Park, Terrebonne, OR during the 2017 solar eclipse. 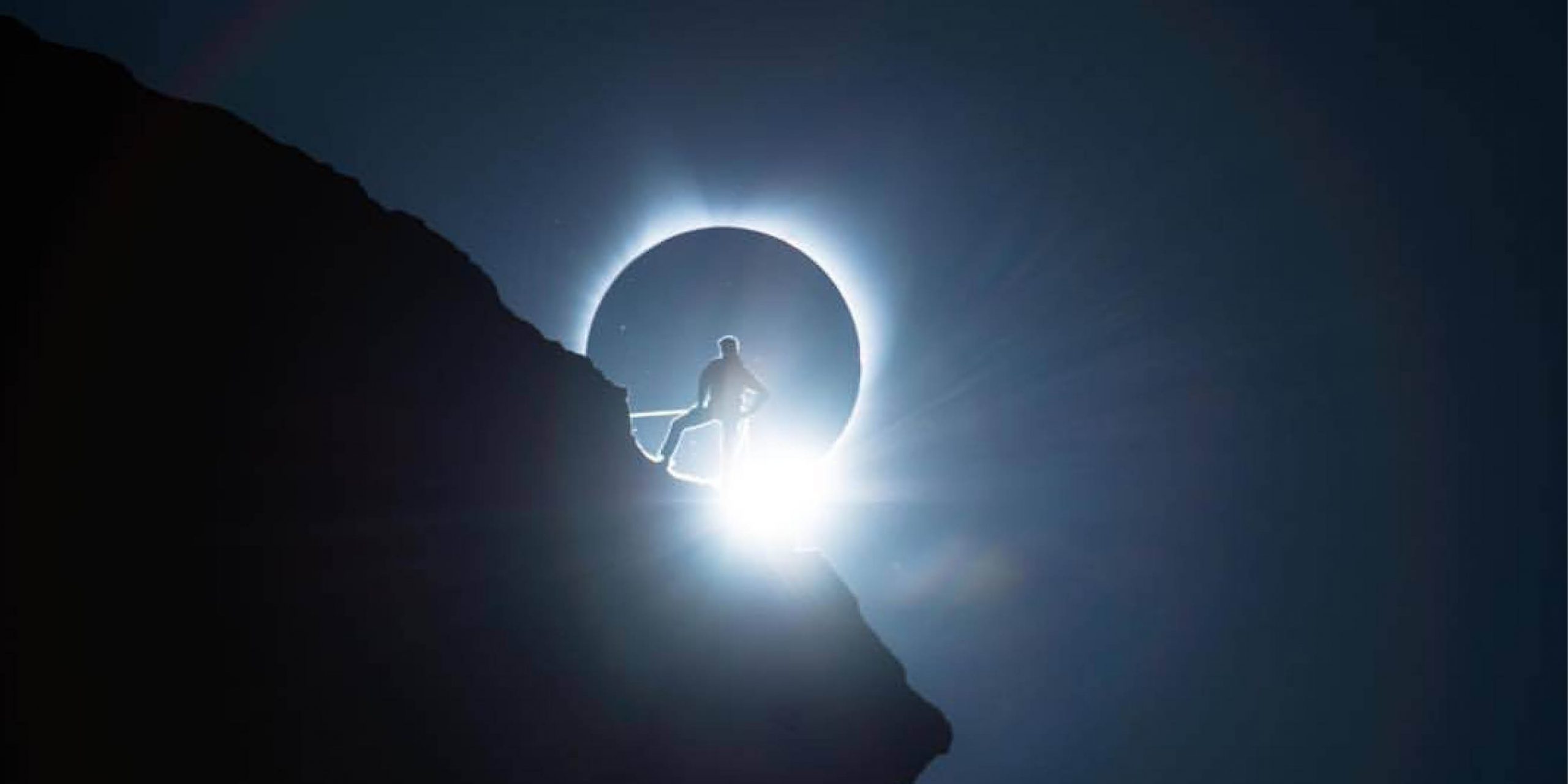 MythBlast | Eclipse: It is in Darkness One Finds the Light