Joseph Campbell’s volume Asian Journals includes an essay called “Hinduism,” in which Campbell shares a mythological overview of this ancient Indian religious tradition. In one Hindu creation myth, the god Viṣṇu sleeps on the back of a great serpent named Ananta, or Endless, who floats on the waves of a primordial sea (Asian Journals, 314). According to a medieval version of the myth, during Viṣṇu’s divine rest “there arose in play from his navel a pure lotus, wondrous and divine…. Spreading out 100 leagues, bright as the morning sun, it had a heavenly fragrance.” (Dimmitt and van Buitenen, Classical Hindu Mythology: A Reader in the Sanskrit Purāṇas, 30) This is the brilliant, playful, perfumed flower upon which the creator Brahmā will meditate before making the world.

David R. Kinsley sees this lotus as an “effortless reflex of a god who creates the entire universe while asleep; he dreams the universe into existence.” (The Divine Player: A Study of Kṛṣṇa Līlā, 2) So Viṣṇu’s creativity requires no efforting, as we say these days. It only needs REM sleep, or the complete opposite of work.

Others see the lotus as “a masculine image of bodily reproduction,” (van Buitenen and Dimmit, 17) and truly, Brahmā does emerge from this lotus and its umbilical stem. But the scholar of gender and religion June Campbell (no relation to Joseph) cites Joseph Campbell’s observation that the lotus represents the goddess Padma, whose name means “lotus” and whose body is the universe. Because umbilical energy flows from the mother to the child’s navel, this maternal lotus must nourish Viṣṇu, not the other way around (June Campbell, Traveller in Space: In Search of Female Identity in Tibetan Buddhism, 58). I think the lotus gracefully holds both views. Dreamer and dream effortlessly sustain each other. In a sense, they create each other, because without the dreamer, there is no dream, and without his dream, Viṣṇu could not be a dreamer.

The lotus also illustrates the gifts of dreams. Creative people in just about every sphere of endeavor report new ideas and creative breakthroughs in the content of their dreams, and the culture of India is particularly comfortable with the possibility of goddesses and gods sending guidance through dreams. The lotus rising from Viṣṇu’s navel, the navel representing the core of his being, is a mythological example of a creative idea that arrives in a dream, with a feeling of miracle, magic, and divine grace. The lotus is an image of an inspired dream.

Joseph Campbell sees Viṣṇu, the serpent, and the ocean as three expressions of the same “subtle substance that the wind of the mind stirs into action,” giving rise to the dream of the world (Asian Journals, 314). Campbell continues, “just as, in your dreams, all the images that you behold and all the people who appear are really manifestations of your own dreaming power, so are we all manifestations of Viṣṇu’s dreaming power…. Hence, we are all one in Viṣṇu: manifestations, inflections, of this dreaming power.” (314) In other words, we might seem to be separate, but actually you, I, and the universal lotus are all the same. We are divine creativity. Campbell’s creative approach to myth is on full display in these passages. He practiced a form of mythopoesis, except that instead of expressing myths themselves poetically, in the way of the Odyssey for example, he writes poetically about myth. His poetic myth-ologizing, meaning his poetic study of myth, was attuned to metaphor, meaning, beauty, and wonder. In Asian Journals, Campbell himself reflects on what he sees as two primary positions in the Hindu tradition: one that focuses on unchangeable truths, and another position that “harken[s] to the voice of the living God, the Muse.” (176) I can practically see him leaning in to receive that divine inspiration in order to write about divine inspiration. He goes on: “I tend, therefore, to associate the work of the creative genius in art, literature, science and mathematics with the living, creative aspect of my subject,” meaning he associates creativity with myth. He was a creative mythologist and a mythological creator. His mythological creativity inspires us to build on his work through our own.

Dreams arrive in our consciousness much in the same way as creative breakthroughs, like surprise guests bearing gifts. Myths, too, come into being through creativity. Myth and dream arise from the same source, the same font of imagination from which all creativity flows. So if Viṣṇu dreams a world dream, and Campbell dreams a myth dream, what dream arises effortlessly from the core of your being? What lotus creates and feeds your inner Viṣṇu?

Viṣṇu always reclines on the muscular coils of the eternal serpent, rocking on the waves of the cosmic sea. The fragrant lotus blossoms on, lighting up that mythic landscape, sustaining Viṣṇu and supporting Brahmā. Creator goddesses and gods represent creativity each in their own way, but they all remind us that creativity is sacred, and the sacred is creative. 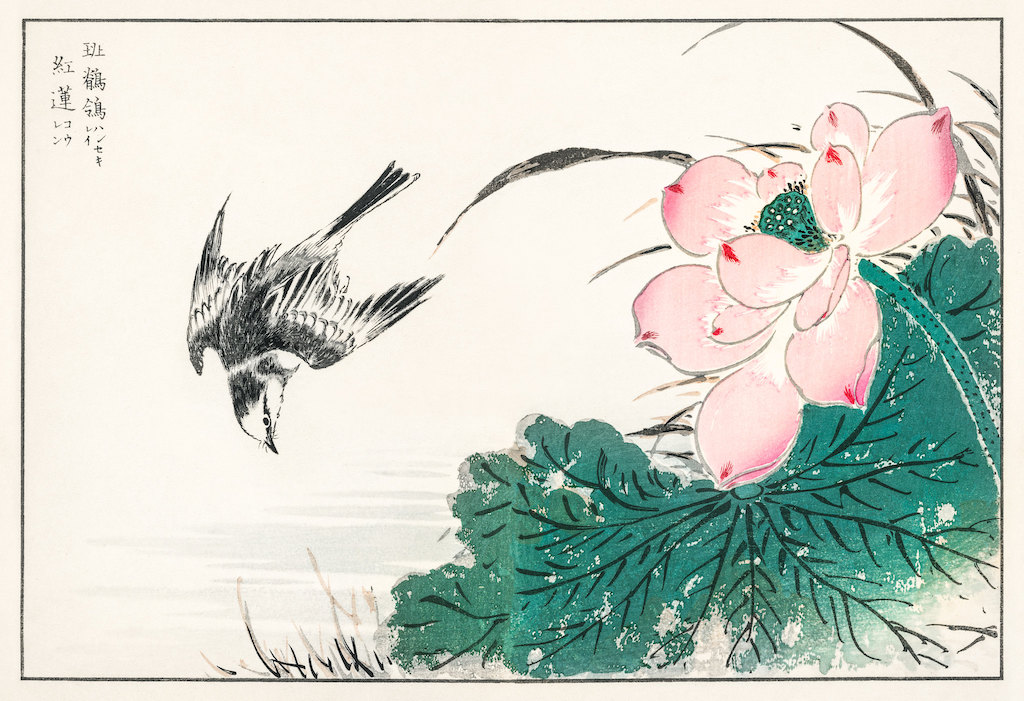