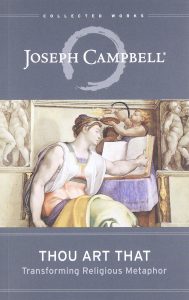 Myths that involve resurrection span cultures from the Pharaohs to the Pagans. We see them appear, be forgotten, and then reappear throughout history. From Passover to the Paschal Mystery, we continue to celebrate them in our modern day. Considerations of death/rebirth myths like those of Adonis, Dionysus, and Persephone cause us to remember our deep need to understand and hope for resurrection in our own lives.

Joseph Campbell suggested in Thou Art That, that there was an underlying idea in resurrection narratives – one that often goes overlooked. While acknowledging the superficial connection between religious traditions that celebrate resurrection, Campbell insisted that unless the symbols within the narratives released us from the traditions from which they came, they were incomplete. This principle is especially significant in what Campbell calls “the space age” that we now live in.

This “space age” demands that we change our ideas about ourselves. However, according to Campbell, we don’t  surrender those ideas easily, which is why we see a return to old-fashioned orthodoxy in so many areas at the present time. But with space, there are no horizons, and there can be no horizons in our own experience. “We cannot hold on to ourselves and our in-groups as we once did,” Campbell reminds us (Thou Art That, 104).

Campbell goes on to point to the dreaded necessity of death in order for resurrection to occur. “What has always been basic to resurrection, or Easter, is crucifixion. If you want to resurrect, you must have crucifixion,” Campbell says (Thou Art That, 112). He goes on to lament the negative connotation we hold for crucifixion, juxtaposing it with the positive view held by St. Augustine, who spoke of going to the cross as a bridegroom to his bride.

Campbell mentioned an interest in figures controlled by spirits of the dead and animated from beyond the grave, in the forward to Maya Deren’s Divine Horsemen: The Living Gods of Haiti. Like most mythological creatures, he saw them as metaphors. Such metaphors remind us of Campbell’s words:

Easter and Passover offer the perfect symbols because they mean we are called to new life. This new life is not very well defined: that is why we want to hold on to the past. The journey to this new life – and it is a journey we must all make – cannot be made unless we let go of the past. (Thou Art That, 104-105)

Not surprisingly, a great interest in the metaphors of resurrection — but without the difficult embracing of change and new life — has grown in our culture. We’ve seen a fascination with zombie-like creatures develop, particularly in the past few years. Shows such as The Walking Dead explore the idea of a resurrection that lacks new life. Zombies are metaphors that serve as warnings of what we can become when we attempt resurrection without embracing the change and new life that should accompany it. Campbell was clear that our traditions, in and of themselves, were not the problem. Understanding these resurrection symbols in their transcendent spiritual sense, as opposed to literally (as, for example, with zombies) enables us to see and to possess our religious traditions freshly, he tells us (Thou Art That, 104).

In a connection that may be surprising to some, Campbell saw resonance between the Easter bunny and this idea of resurrection as well. “Many peoples of the world see a rabbit in the shadows of the moon. The rabbit is associated with the dying and resurrection of the moon. The egg is shelled off by the chick as the shadow of the moon is by the moon reborn, or as slough by the birth of the spirit at Easter,” he states (Thou Art That, 112). Campbell goes on to discuss the moon rabbit and cast-off egg shell as a playful, child-like reading of Easter. But what happens when the egg shell is not cast off, but is instead carried around by the just-born chick? A crippling, rotting, symbol becomes a weighted anchor that prevents flight, simply because it feels so much like home.

The signs of spring are just around the corner and Persephone will soon be emerging from the underworld to reunite with Demeter. She will only bring new life for those who have chosen crucifixion – those that have embraced the death necessary for change and cast off the shell that kept them safe for so long. When we willingly and voluntarily participate in the laying down of our egos and our lives for the greater mystery that we all find ourselves a part of, new breath is breathed into our lips and we open our eyes to a new life. 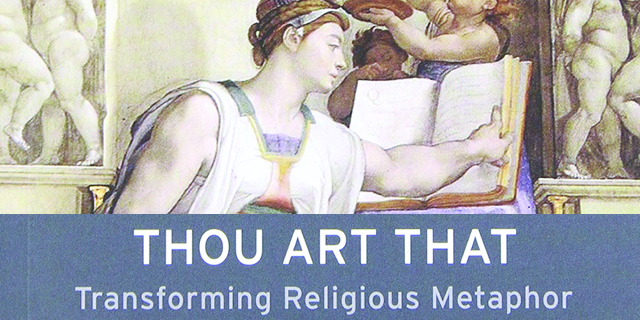