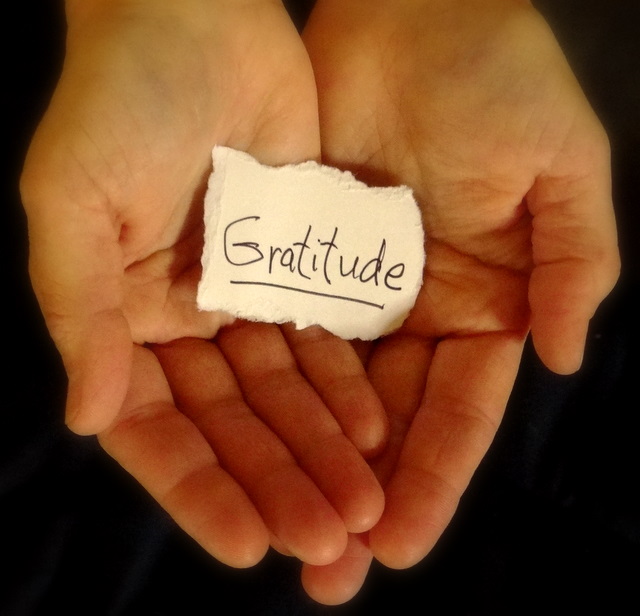 Gratitude……….. (photo by smile7/flickr.com; used through a Creative Commons license)

For me, it has been a challenging privilege to brush shoulders with this month’s theme of gratitude. Gratitude, to me, is simply appreciation, but of a greater magnitude. The kind that spills out of itself and fills the subject with a deep, nurturing experience of emotional and psychological well-being. I prefer the kind of gratitude that accompanies grace (another of life’s finest phenomena). However fond I may be of grace-descended gratitude, it calls for no contribution or effort from myself. Rather, transcending deserved and undeserved, grace comes when she does, and we are simply her fortunate marks on those special occasions. In short, it’s easy (if not automatic) to be grateful when grace showers us with, well, grace. My focus here is on how one might work to meet gratitude midway, so to speak, by developing such an attitude from the foundations up as opposed to boring down from the surface.

As a writer, I strive to practice and live the content I presume to write about. On this occasion, however, my method backfired and I learned all too well the negative consequences of consciously attempting to force a transformation of attitude without attending to the unconscious. After a thorough revision of my approach, I found that any genuine and lasting adaptation of attitude requires the involvement of what Jung calls the “transcendent function.” The following addresses the necessity of this mediating function and its relationship to mythology. 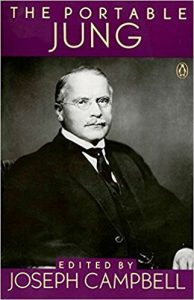 In 1971, Joseph Campbell published his edition of The Portable Jung, a compendium of Jung’s writings selected and presented in such a way as to grant lay-readers access to Jung’s work. In his introduction, Campbell addresses Jung’s “transcendent function” as the means by which an individual is capable of “knowing thyself” specifying that “the transcendent function works through symbolization [and] mythologization” (xxvii-xxviii).

Myth and symbol serve as the middle-grounds where the opposing natures of the conscious and unconscious come together. For those not familiar with the terms, “conscious” denotes those psychic contents that we are aware of, namely, persona and ego. Whereas “unconscious” denotes all psychic content that we are unaware of, namely, the shadow, anima and animus, raw archetypal energy, and instincts. A common example of how the conscious and unconscious oppose or compensate for one another can be seen in a person with an arrogant, overly-confident persona compensating for a shadow replete with fears and insecurities. Due to the compensatory nature of the unconscious, someone with much gratitude in their conscious must necessarily have a shadow that is ungrateful, entitled, abusive and mean. Therefore, simply flooding the conscious with the light of gratitude will cast a darker shadow in the unconscious—precisely why we need the transcendent function. Keeping these concepts in mind, let’s return to how one might cultivate a genuine and lasting attitude of increased gratitude in their personality.

The first step to unifying conscious and unconscious contents is to proceed consciously into the unconscious. According to Jung, this is accomplished by recording and working with dreams, recognizing one’s fantasy material, creating art, contemplating art, and by catching oneself when taken (i.e. when emotionally triggered) by a complex. The goal here is not to attempt to change the contents of the unconscious—which is hardly possible since the unconscious is not ours to begin with. Rather, the goal is to simply acknowledge said contents. And in so doing, the personality gains greater stability and integration.

When aspects of the unconscious are acknowledged, the transcendent function automatically arrives as a sort of psychic dimension in which the conscious and unconscious, or ego and shadow, or (for the more fortunate) ego and anima/animus, are held in relationship and integrated. As Campbell points out above, one of the chief ways the transcendent function works is by mediating through mythology. This is why myths are far more powerful in cultivating a change of attitude than are, say, maxims. Consider the following maxim one might post on a wall: “Ambition is a good servant but a bad master.” The problem with the maxim is that it’s exclusively conscious—a conscious message from the ego to the ego. Now, consider the myth of Icarus whose excessive ambition becomes his master and causes him to fly too close to the sun, melting his wax wings and sending him into the sea.

This myth weaves the theme of over-ambition into a fabric of many familiar experiences: the love between a father and son, the blind and excessive enthusiasm of youth, the dangers of not heeding sound advice, and so forth. Also, the myth is replete with archetypal images, born (as all mythologies) from the collective unconscious as characters, settings, and scenes of action or plot. Because the images are archetypal, they are also symbolic, inviting the consciousness of the reader-ego to interact with the unconscious value of the archetype in ways that are unique to each reader. This is arguably the greatest power of myth and symbol: hosting and precipitating the transcendent function, ensuring that the relationship between the conscious and the unconscious is decidedly personal and integrative.

The approach to gratitude and the transcendent function that I provide here is much abridged, and I have merely glossed the main points in the provided space. For readers desirous of delving more deeply into the mechanics of cultivating a genuine change of attitude, a thoughtful reading of Campbell’s Portable Jung will serve to elucidate much that I have glossed, addressing in bold detail the distinction between the superficial, transient act of choosing to adopt a new attitude and the lasting cultivation of an attitude through the intermediation of the transcendent function. 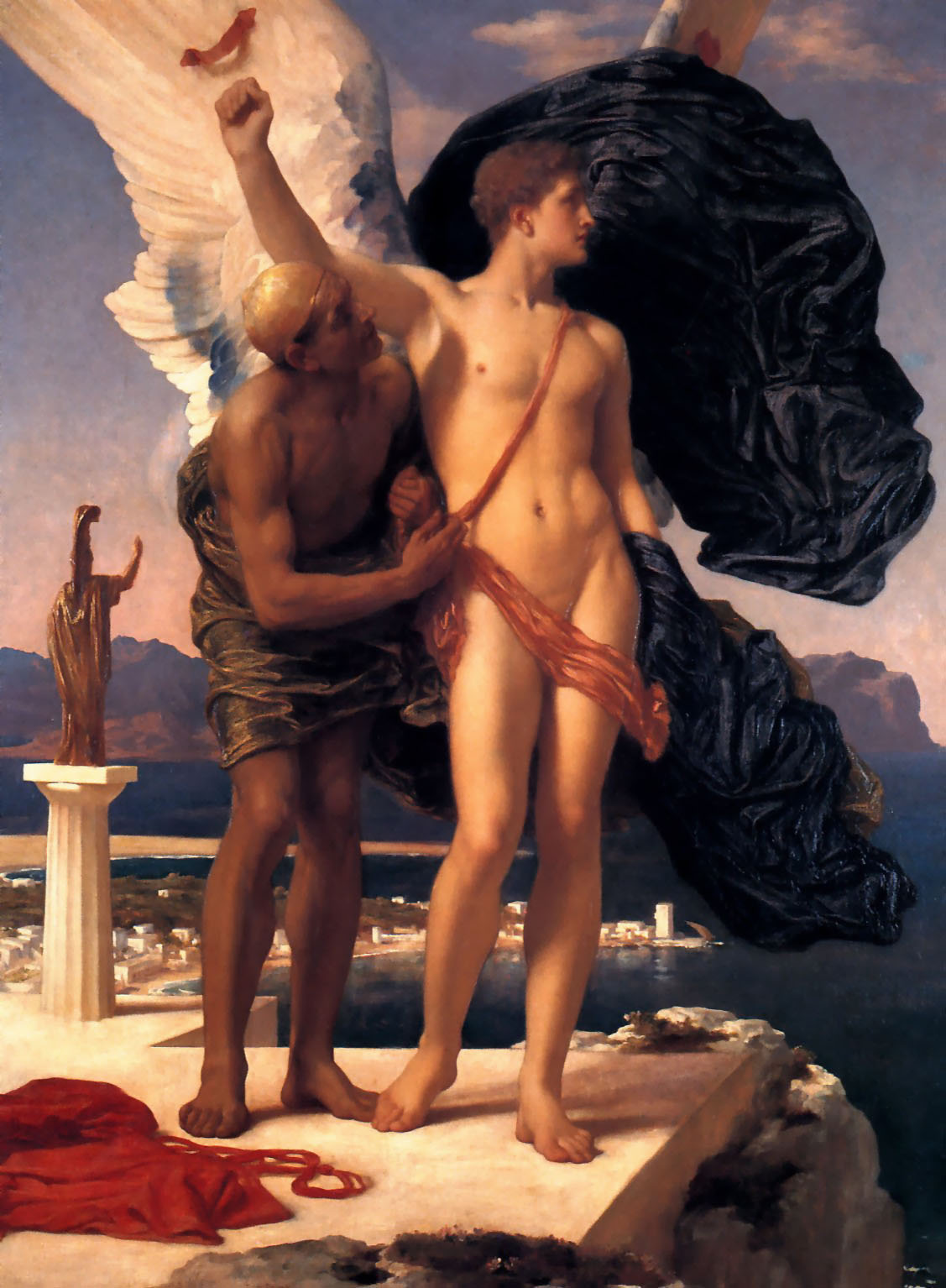