MythBlast | A Joycean Affair in June. Or July.

Editor’s Note: We promised Joyce in June. Well, it’s July. And we had one more piece to share! But what is time, really? Enjoy. And stay tuned for our month of independence, ecstasy, and bliss…all that high summer should be.

On his return in 1929 from years of study abroad, Joseph Campbell knowingly and with conscious aforethought committed a crime! Who was the bad influence that prompted the young Campbell to turn outlaw––and helped inspire him to drop out of the doctoral program? The same individual Campbell credits with jumpstarting his career as a public scholar and writer.

In Paris on a Proudfit Scholarship in the late 1920s, Joseph Campbell discovered James Joyce: “The whole thing opened up like crazy when I found Ulysses, which was forbidden in the States. I had to smuggle my volume in. You went to a bookstore feeling you were doing something pretty far out and said, ‘Avez-vous Ulysses?’ ”

James Joyce’s writing played a major role throughout Campbell’s life, but it was no love at first sight. The newly arrived grad student apparently felt Joyce’s novel was indeed a transgression, though for different reasons than those of the New York Society for the Suppression of Vice (which was behind the original prosecutions that declared Ulysses obscene in 1921):

“That third chapter of Ulysses––‘Ineluctable modality of the visible: at least that if no more, thought through my eyes. Signatures of all things I am here to read, seaspawn and seawrack, the nearing tide, that rusty boot.’ I couldn’t understand what I was reading! What the hell’s going on here? I went to Sylvia Beach at the Shakespeare Book Shop in indignation: ‘How do you read this?’ And she said, ‘As follows.’”

Beach, Joyce’s publisher, shared with Campbell multiple works that fleshed out the mythological context and opened Joe’s eyes to the depth of Joyce’s scholarship. At the time, Joyce was publishing early drafts of what was to become Finnegans Wake in the avant-garde magazine transition, edited by Eugene Jolas. Joseph purchased every issue and studied it closely; not quite sure what to make of Joyce’s Work in Progress, he nevertheless realized it held deep meaning for him: “I was pulled in. And with that I began to lose touch with my Ph.D. direction. Suddenly the whole modern world opened up. With a bang!”

James Joyce remained a constant companion the next sixty years. He even appears in letters between Jean Erdman and Joe Campbell from their courting days (Jean once swore she would never read Joyce’s masterpiece because “I was on one arm and Finnegans Wake on the other arm, and he spent as much time with Finnegans Wake as he did me.”). Campbell first came to public attention as a literary scholar years later, when he and Jean attended a performance of Thornton Wilder’s The Skin of Our Teeth, a play that he was surprised to recognize borrowed liberally, without attribution, from Finnegans Wake. The ensuing plagiarism controversy, examined in an earlier MythBlast, led to Joseph Campbell’s first published work, with co-author Henry Morton Robinson––A Skeleton Key to Finnegans Wake––which, as Campbell told New York Times writer D.J.R. Bruckner, is “how I got started writing. I’ve been writing ever since⁠.”

Campbell regularly drew on James Joyce’s theory of aesthetics and art in writings and lectures, and never ceased playing with the myriad mythic motifs that permeate Joyce’s work. Even Jean Erdman, a celebrated dancer and choreographer, eventually overcame her initial reluctance, not only reading Finnegans Wake but giving life to Anna Livia Plurabelle, the Wake’s lead female character, in her creation of The Coach With Six Insides––an award-winning production that debuted in Greenwich Village and toured the world.

What explains Joyce’s appeal to Joseph Campbell? This comment in Mythic Worlds, Modern Words, on a passage in Ulysses offers a huge clue:

” ‘A shout in the street’ . . . is God. Stephen’s shift of emphasis is a very important theme: God isn’t the transcendent one ‘out there’; God is the immanent principle right here in everything, in everybody. In the dog that is going to be walking about on the shore, God (dog in reverse) is right there in him. God is a shout in the street: God is immanent everywhere and in everything. Mr. Deasy speaks of the process of God in history. There is no process, Stephen says, God is present. This resembles the idea in the Gnostic Gospel According to Thomas: ‘The kingdom of the Father is spread upon the earth and men do not see it.’ (Thomas 99:16-18) That revelation of the Father’s kingdom is also the radiance of esthetic arrest. Stephen says, ‘History is a nightmare from which I am trying to awake.’ His quest is for that eternal core, that essence of all things which moves through all history––the metamorphosis I spoke of––that one spirit that lives through all the metamorphoses of all things.”

If you haven’t already, consider taking a look at Joyce’s work through the eyes of Joseph Campbell with either the paperback or audiobook editions of Mythic Worlds, Modern Words: Joseph Campbell on the Art of James Joyce. 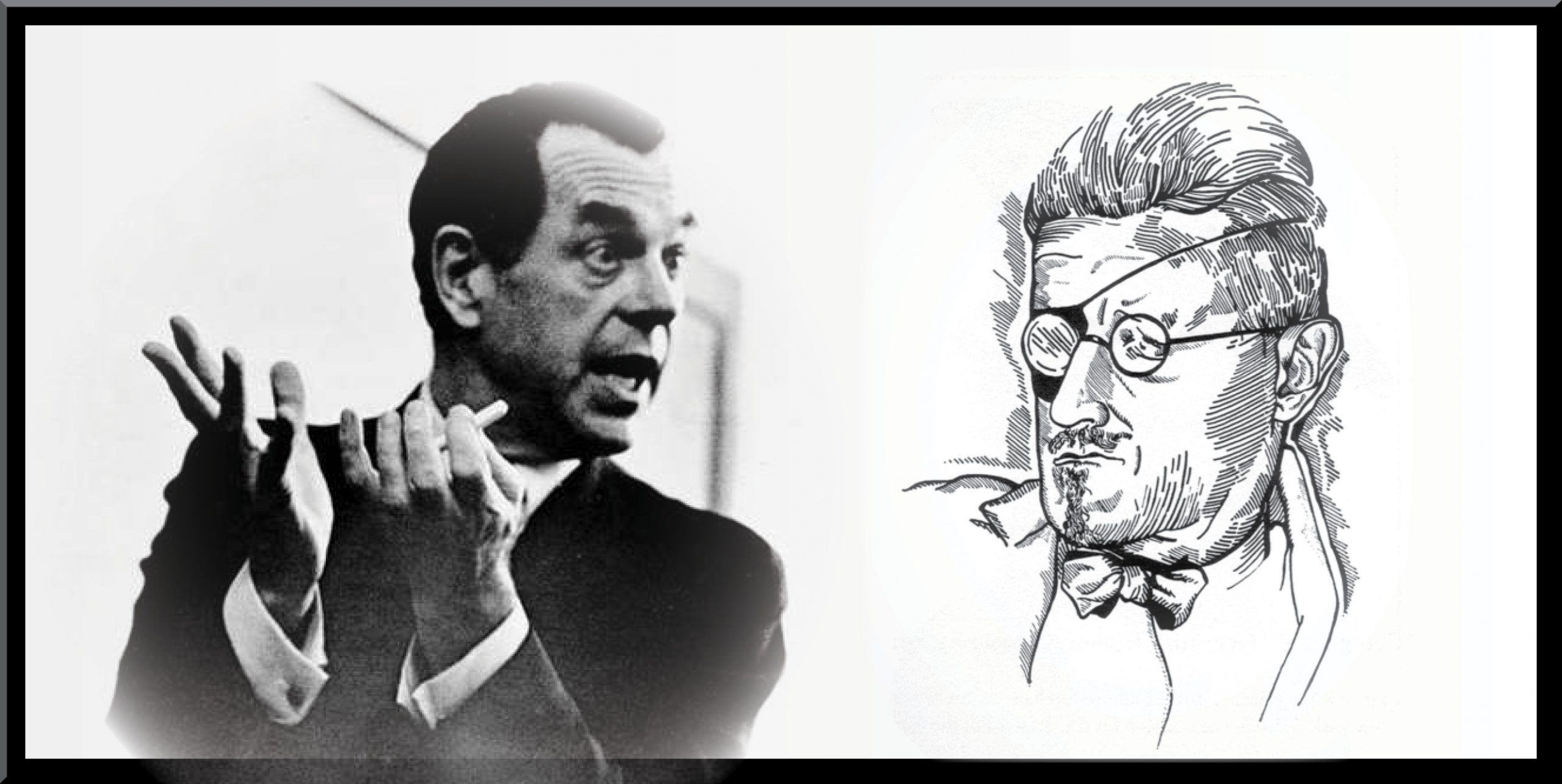 MythBlast | A Joycean Affair in June. Or July.