The Hero with a Thousand Faces has influenced millions of readers since it was originally published in 1949, bringing the insights of modern psychology together with Campbell’s revolutionary understanding of comparative mythology.

From the review at Audio File Magazine:

“The power of the audiobook is in the carefully chosen excerpts of tales from mythology. Arthur Morey, John Lee, and Susan Denaker are an adept and experienced performance team. The way they trade voices adds texture to the complex compendium of stories.”

Translated into over twenty languages, The Hero with a Thousand Faces has sold well over a million copies and continues to find new audiences among professors and students in fields ranging from the history of religion and anthropology to literature and film studies; among creative artists including authors, filmmakers, game designers and song writers; and among all of those interested in the basic human impulse to tell stories.

Listen to a brief clip at Audio File Magazine

Visit Amazon, iTunes, or other vendors to download the audiobook. 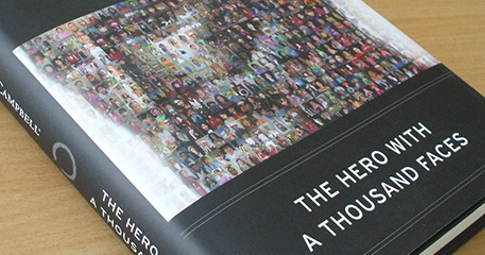